Being attentive to a task at hand consistently or throughout is not humanly possible. While most people can continuously concentrate on a thing for a few minutes, the maximum a human brain can focus on without requiring a break is 45 to 90 minutes. But if a person tends to take a mental detour or sets off on their tangents way too often, it's not normal.

When a person has their "head in the clouds", it means they are "not focusing on the task at hand" or "not living in the present". People can daydream out of choice or enter the dream state without trying. Not to mention, when used in texts or speech, the phrase has a negative connotation.

Keep reading to learn more about the phrase, why people "daydream" in the first place, how the expression can be incorporated into texts, and lots more.

"Have Your Head in the Clouds" – Meaning and Overview

To "have your head in the clouds" means "daydreaming" or "not being mentally available in a situation or place". "In the clouds" is used in the "unreal" or "fanciful" sense, a usage that dates back to the mid-1600s.

Here are all the possible meanings of the phrase:

People who have their "head in the clouds" may be physically present but won't pay attention to their surroundings or even be aware of what's being said or the things happening around them. They, as a consequence, are usually not good at learning or may take considerably more time to imbibe new information.

Being in the cloud for a brief moment or sporadically is fine. But if the same turns into a continual affair, that's detrimental.

Why People Have Their "Head in the Clouds"?

People can "have their head in the clouds" or be oblivious of their surroundings for various reasons, which usually would be unrealistic or hard to achieve in reality. People who are not in touch with regular life or live in their virtual capsules are also examples of people with their "head in the clouds".

Those with impractical dreams are also supposedly "in the clouds", but they may not be as zoned out as those typical daydreamers are. Being in their world affords the concerned person a sense of satisfaction and happiness, which others will not understand and find annoying.

Some people deliberately enter the "dreamy state" or have their "head in the clouds" if doing that allows them to escape from the stresses of everyday life or if their regular life is not as happening or spicy as they want.

And then others just have so many things going on in their lives that some thought or the other enters their mind and keeps them pre-occupied continually.

Synonyms and Antonyms of "Have Your Head in the Clouds"

Some words or phrases related to the idiom are "absent", "air-headed", "withdrawn", "distracted", "dreamy", "engrossed", "goofing off", "absorbed", etc. People with their "head in the clouds" may come across as "forgetful". But the truth is they may not have taken in any information to "forget".

Phrases that mean the exact opposite of the phrase include:

An individual with their "head in the clouds" could also be considered "naïve" or "gullible". They are, as a result, easy to deceive or convince. To such people, you could even sell a bridge (metaphorically speaking). 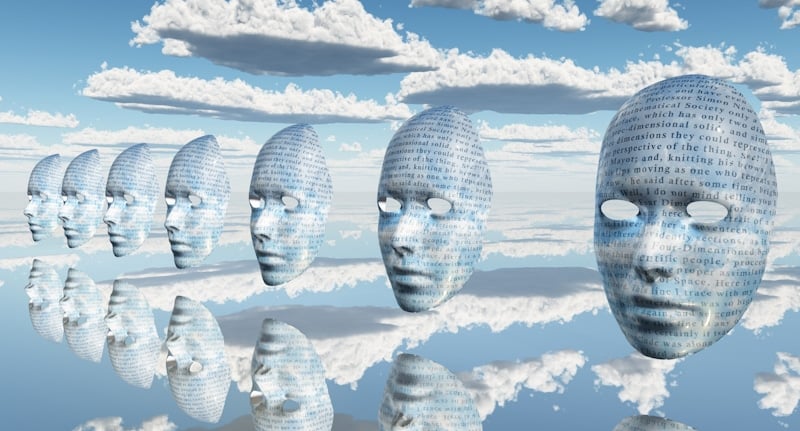 Using the Idiom "Have Your Head in the Clouds" in Texts

The phrase "have your head in the clouds" has been used in texts since the 17th century. And the meaning and the context in which the term gets used in sentences have not changed much since.

The idiom can be used in texts as it is or slightly modified, typical of idiom usage in writings anyway. Gender can be assigned according to convenience – for example:

As alluded to earlier, the idiom is not used in texts as a compliment or in a congratulatory manner. It's usually criticism or a complaint of sorts about the concerned person not being present or attentive to what's in hand. The phrase is typically used in informal contexts and gives away a sense of "disapproval".

Most people with their "head in the clouds" tend to be counterproductive or very unhelpful. Here is an example sentence highlighting that:

Here is a sentence indicating how a person with their "head in the clouds" are oblivious of things around them:

Being oblivious to the world could also be a sign of being in love. For example:

When someone has their "head in the clouds", and the people around them want them to stop with the daydreaming, they may say:

Comparing the Phrase to "On Cloud Nine"

As mentioned above, "have your head in the clouds" and "on cloud nine" are quite similar, and it's not just due to "cloud(s)".

When an individual feels elated or ecstatic, they are usually "on cloud nine". For example:

Though not being a perfect replacement phrase, "have your head in the clouds" could be used instead.

When a person is delighted, they tend to enter their imaginary world, explaining why the two phrases are relatively similar.

Example Sentences with "Have Your Head in the Clouds"

Besides using the phrase "head in the clouds", the following sentences also help infer the contexts in which the idiom usually gets used:

Like most idioms, the phrase "head in the clouds" can be modified or shortened so that it fits well in a sentence.

There is nothing wrong with taking a break from the real world and spending some time in your solitary, imaginary space. It's a kind of retreat or detox that your mental self would appreciate every now and again. But if you overdo it or "have your head in the clouds" throughout the day, every day, it's a problem.