Over the years, the term "peace out" has been used time and time again. For some, it is a standard part of their everyday vernacular. Understanding what it means and when to use the phrase is essential for those who want to give off the right impression.

What does "peace out" mean? Peace out works as a slang term for leaving or saying goodbye. More often than not, a peace sign hand gesture accompanies the phrase.

How did saying "peace" and "peace out" become popular?

"Peace out" slang term has been around for a while, but when did it first start becoming popular? While it is nearly impossible to track down the completely accurate origin, a lot of people believe that "peace out" is a term that evolved from just merely saying "peace" as a way to say goodbye. The word "peace" has been around for a long, long time, but it was embraced as an informal greeting and farewell starting as early as the 1950s.

Starting in the 1950s and taking off in the 1960s and 1970s, The word "peace" was used prominently in many different settings. Hippies, in particular, started pushing for peace with everyone, and it would become a standard part of the everyday language. 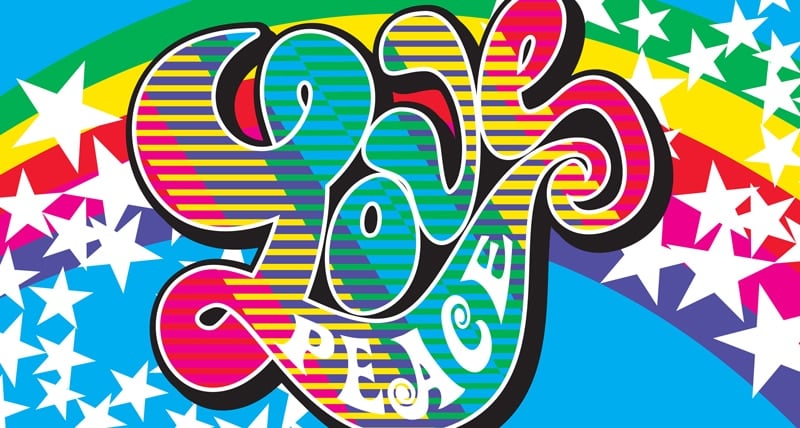 One of the first prominent people to use the word "peace" in the media was Today Show host Dave Garroway. As he was signing off for the day, he would often simply say "peace" while holding his palm up.

It did not take off until the word "peace" became part of several different phrases embraced by hippies and the counterculture movement during the Vietnam War. There was a focus on promoting peace around the world, and it also became a way to say goodbye along the way informally.

In the 1960s and 1970s, it was pretty common to hear people say "give peace a chance," "peace and love," "choose peace," and the word "peace" by itself. With the Vietnam War at its height, a lot of people wanted peace around the world and everything to calm down in general. There were a lot of songs and popular phrases directly linked to peace.

The Beatles were right at the beginning of the movement, as John Lennon and George Harrison both put out peace anthems shortly after the group broke up. Give Me Love (Give Me Peace on Earth) by George Harrison had some substantial success, but it was "Give Peace a Chance" they became a real anthem during that time by John Lennon. A lot of people started using peace and love in numerous settings, with saying goodbye as just one example. It was a quick way to let people know that they wished them the best.

Despite the rise in popularity of the word peace, the term "peace out" was not there just yet. It would be a few years later that peace would start to evolve into other phrases.

"Peace out" origins, and the rise of the phrase

The first documented example of the phrase "peace out" in music comes from the influential hip-hop group the Beastie Boys in 1989. They put out a song title "3-Minute Rule," and part of the lyrics include "so peace out y'all, a PCP, song out."

Throughout the 1990s, "peace out" started being used more and more often. Like a lot of idioms and slangs, they begin to rise in popularity because people hear it used in movies, television shows, music, and more. It was considered a cool, laid back way of saying goodbye in different settings.

Is the term "peace out" dated?

The height of using piece or peace out here we looked at as somewhere in the 1990s. A lot of celebrities would use the phrase, but it started to lose its popularity towards the end of the decade. It has never entirely disappeared, but the usage rate has gone down.

There are a few reasons why the phrase started to phase out. For starters, no slang term ever sticks around and is extremely popular for too long. People find the next thing and latch on to that.

Another reason is that the whole peace movement, where the phrase originated, is not as big right now. With social injustice issues starting to become a huge focal point around the world, this could spark the re-emergence of the peace movement.

Finally, there comes the point when a phrase starts feeling too popular. At its peak, "peace out" became something that kids and adults would say. It almost became too popular, so it eventually fell off a bit. There are still people who use it, but others might feel it is a little dated.

Maybe it will start to become once again popular, but there is nothing against using it right now anyway. There will always be some people who are ready to embrace the past entirely, and one way to do that is to use idioms that were popular back then. Trends go in cycles, so many it will come back into popularity again soon.

Other similar phrases to peace out

A simple goodbye can get annoying to say over and over again. Perhaps this is why there are so many different phrases out there that pretty much say the same thing. "Peace out" has been a pretty popular option for a while, but it is not the only way to say goodbye.

Around the same time that "peace out" became popular, "hasta la vista, baby" had his moment as well. It is a line said by Arnold Schwarzenegger's character in the movie "Terminator 2: Judgment Day." "Hasta la vista" translates to "until the next sighting" in Spanish, which is another way for them to say goodbye. The baby part created that special touch. Although other people said this phrase before Schwarzenegger, the popularity of the movie took everything to another level. 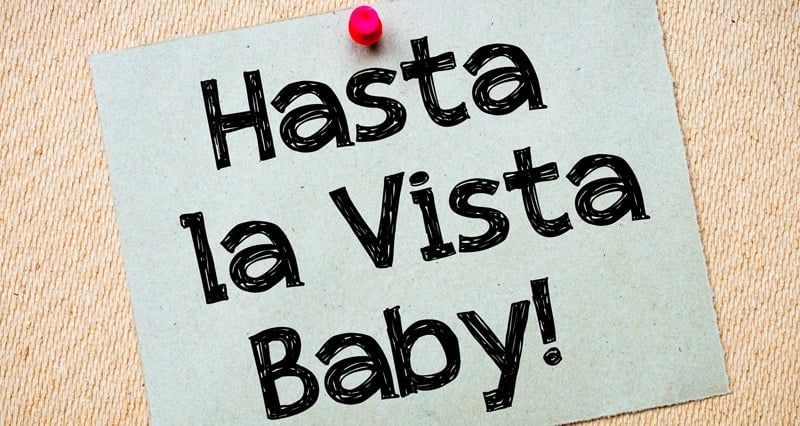 Another casual way of saying goodbye, this is meant to encourage people to stay true to who they are. It works in several different settings, but it has turned into a bit of a creative goodbye. This is a more common phrase currently than peace out in most settings.

The phrase "take it easy" sticks with the very casual vibe that "peace out" provides. It is encouraging a person to try not to work so hard and relax from time to time. As a goodbye, a lot of people will say this to people they care about and want to see relax.

A fast, simple way to say that it is time to go, "I'm out" is one to keep in mind. A lot of people who might need to leave abruptly will say this compared to some of the other options out there.

I gotta hit the road or I gotta head out

"Gotta" is a very popular abbreviation of got to. This is just another informal way of saying goodbye, which is perfectly fine in everyday settings. Usually, people are not going to use this if they are at work or talking in a more professional setting overall.

Goodbye in a different language

There is not too much to saying goodbye in a different language, but it makes everything a bit more unique. People like to showcase their creativity a bit in this scenario. Like English, other languages have some creative ways to say goodbye as well. "Bon voyage" and "arrivederci" are two trendy options people use for quick, simply goodbyes that sound a little different.

Phrases that directly stem from "peace out"

All the phrases above can be considered synonyms, but some phrases directly relate to "peace out." It is a slang term for a slang term.

The term "deuces" can mean a few different things, but when used as a goodbye, it directly relates to "peace out." This is because it refers to the two fingers held up when making a peace sign. People will either say "deuces," or even "chucking up the deuces."

Instead of saying "peace" or "peace out," some people might just show the sign when they are leaving. Maybe it is a crowded area, and it would be hard to hear. In other cases, it is a very low-key way of leaving and not drawing too much attention.

A final look at the "peace out" phrase

Some people might feel it is a little dated, but others still use "peace" or "peace out" pretty commonly. It is a phrase that started as pretty informal, but now people use it in just about any setting out there. With or without the hand gesture, any English speaker will understand what a person means when they use the phrase.

What can I say instead of "peace out"?

You can simplysay "bye" or any other phrase that means the same as "bye".

Why do you say "peace out"?