You have probably run into someone who has used this phrase, and maybe you had a slight idea of what it meant, but are you really sure? Keep reading below to find out.

The idiomatic expression "clouds on the horizon" means there is a sign of trouble or difficulty to come, that something bad or troubling will happen in the future. It could refer to a problem that has already appeared. It is used to say that something that threatens your happiness is on the way.

What Is The Meaning Of This Idiomatic Expression?

In the first instance, it has nothing to do with the weather. There are some definitions found to give meaning to this idiom, such as:

Example: "They are happily married, and for the moment, there appear to be no clouds on the horizon."

For example, "We have achieved our goals, but there are clouds on the horizon. The government is going to cancel our funding."

Imagine, you made plans for the weekend. You made sure you had everything you need to go to the beach, you expected a bright and sunny day. Then you check the weather forecast, and they say it will be cloudy and there is a possibility for a storm to hit your city. At present, your plans don't look as bright anymore. Your plans are now ruined – or at least you are expecting them to be – due to that storm that is coming. And that is the message rendered with this phrase.

Merriam-Webster's definition is the following: a problem that could appear in the future.

Example: The only cloud on the horizon for the team is the age of its key players.

Let's Break Down The Idiom

There are various definitions for this one, but let's just focus on the figurate meaning related to darks clouds, gloomy weather, rain on the horizon. This is the one that connects with the idioms meaning and use the best.

Part 2: On The Horizon

When we look for the meaning of this phrase, we find that it signifies "imminent or just becoming apparent." From this, we understand that it refers to something that is far – along the lines of the horizon – which, figuratively speaking, could be interpreted as "the future."

Synonyms For "Clouds On The Horizon"

Antonyms Or Opposite Idioms To "Clouds On The Horizon"

Similar Or Related Idioms To "Clouds On The Horizon" 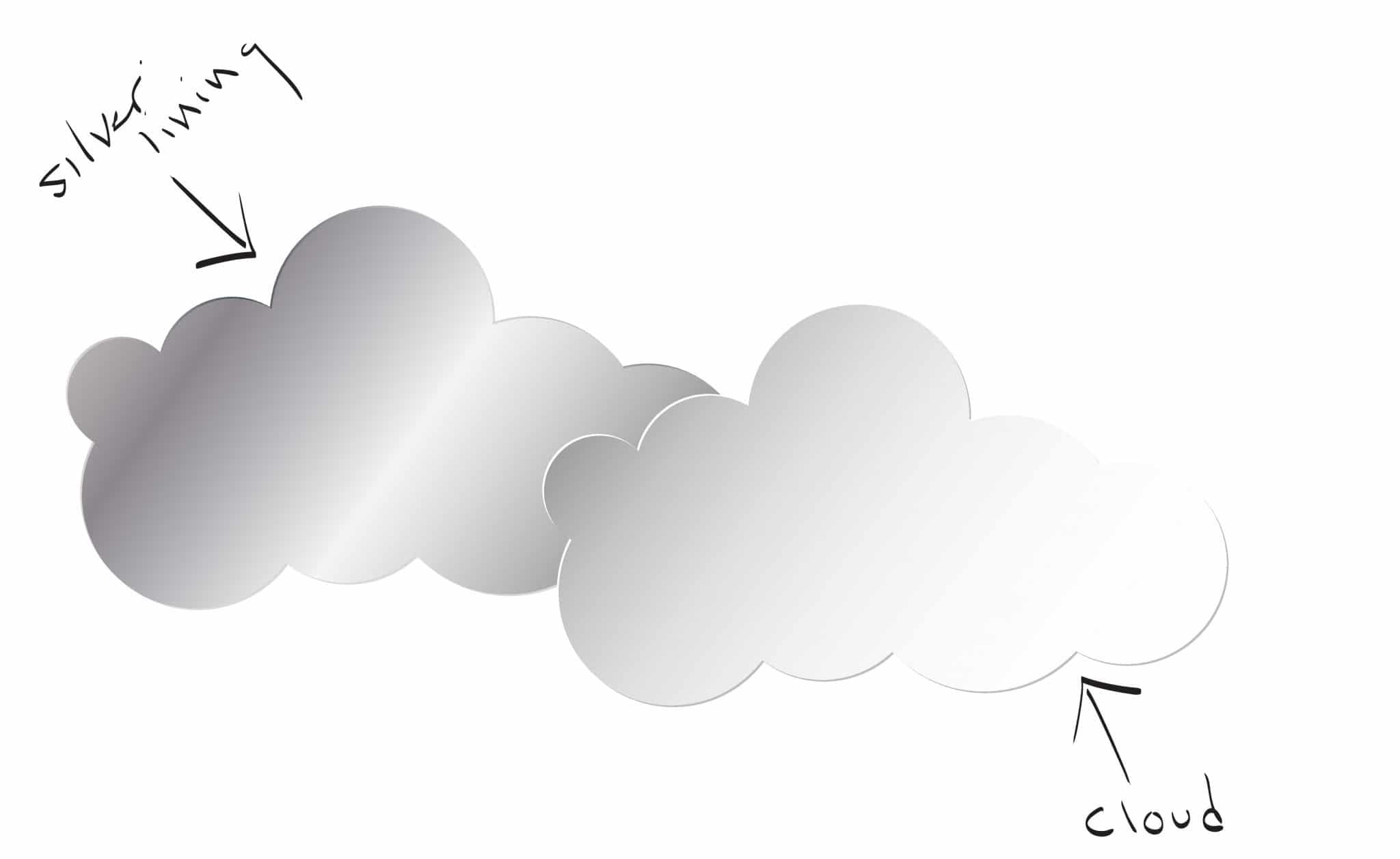 We will use it whenever implying trouble that lies ahead. Here are some examples to use the phrase "clouds on the horizon" in sentences.

Example Sentences: "Clouds On The Horizon"

"Dark Clouds on the Horizon" is an alternative to the original phrase and has the same meaning. Here are some examples:

The Phrase "Clouds On The Horizon" Used In Songs

The way Joe Bonamassa & Walter Trout used the idiom's metaphor in their song "Cloud on the horizon" exemplifies the meaning of this phrase.

There're clouds on the horizon,

And lightning in the sky

I see clouds on the horizon

And lightning in the sky yeah, yeah

I can see a storm approaching

With a teardrop in my eyes

The Phrase "Clouds On The Horizon" Used In Literature

In the book "Storm Clouds on the Horizon: A Comprehensive View of Earth's Last Days," Dr. Ken Duggan uses this expression to talk in regards to "The future of all mankind and the planet he inhabits seems to be on a collision course for disaster". Interesting, huh?

A large percentage of books include this idiomatic expression, either as part of the title or part of the book – or essay – itself. Let's see some cases where the phrase is used as a title (with some modifications to it):

Taking everything into account, the phrase "clouds in the horizon" can be applied to a large percentage of different cases, situations, and contexts.

Remember that you can call it a cloud on the horizon when you can see a problem in the near future. Whether you refer to a problematic event that is to come or desire to use a more optimistic approach to it, these are idiomatic expressions that always come in handy when expressing ideas with figurative speech.