In your quest to become a better English speaker, learning to use new words in your writing and speaking comes in handy. You must have realized that most of the time, people use “respite” confidently, not knowing that they are misspelling or mispronouncing this particular word. What can you say is the best respite definition, and how well can you use this word in different contexts?

The word respite is defined as giving someone a moment of temporary rest or relief from work. The words adjournment, caesura, break hiatus, or interlude are suitable synonyms to use in place of respite. Use the word in your context to indicate “pause, relaxation, breather, or stoppage.”

If you’re still trying to figure out what this word means, worry no more and keep reading this article. In addition to the various meanings, this article will also cover the best ways of using “respite” correctly and confidently. You will also come across some sentences with “respite” to help you practice. Ready for this? Let’s dive in! 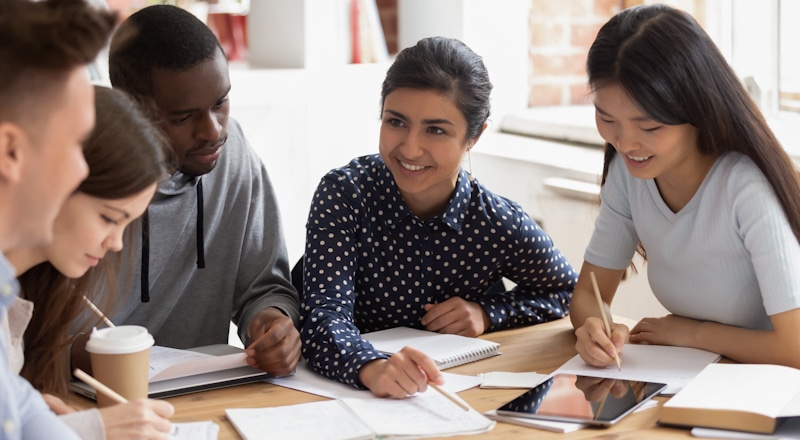 What Is the Definition of Respite?

The standard definition of the word respite is a break or pause from performing challenging tasks. This word applies when someone or something is performing heavy or complex tasks that can wear out or injure without taking a break.

A perfect example of respite is a couple of construction workers out on a lunch break. Here’s an example in a sentence: Scientists worked for hours without respite until a COVID-19 vaccine was available for testing.

The word respite is suitable for describing a reasonable delay before something unpleasant begins or continues. This definition is most applicable in a situation when some short calm or relief is achieved between periods of conflict.

For instance, a couple arguing may find respite when a friend visits. The couple may continue arguing after the friend leaves. Another sentence: The respite was brief, and no sooner had his girlfriend left the apartment than the friends continued fighting.

“Respite” is also suitable when describing a moment of delay or postponement of an action scheduled to happen. This definition is used when a decision to complete a specific task has been made, but actualization is delayed for certain reasons.

What Is The Meaning of Respite?

Respite also means temporary rest or relief from pain, hurt, or discomfort. This applies when a person or animal experiencing pain is granted a short moment of calm or rest.

It’s best applicable in medical scenarios where doctors offer respite to patients experiencing discomfort or pain. In a sentence: When Andrew started having anxiety attacks, the doctors injected him with a drug to offer him some respite.

“Respite” is also suitable when describing an interruption or reduction in the amount or volume of something. If something has reduced in size, weight, or volume, it’s said to have been given respite.

What Is the Difference between Respite and Relief?

Respite means to give brief or temporary moments of rest after strenuous activity, whereas relief means the complete removal of stress or discomfort.

These two words are often used in place of the other and even used as synonyms. Despite people confusing these words, their definitions set them apart. While relief is the complete removal of pain or unpleasantness, respite offers temporal relief, meaning the pain will continue after this break. Thus, in conclusion, the words respite and relief have different meanings and should not be used interchangeably.

How to Use Respite in a Sentence

When used as a noun, respite describes a break meant for relaxation, brief relief from harm, or pausing from heavy work.

As a verb, respite describes postponement or delay in carrying out an order or a sentence.

10 Examples of Respite Usage in a Sentence

So far, we’ve tackled the many definitions of the word respite and how to use it in sentences. Next, we’ll have a look at the following ten sentences to help you understand how to use the word in different contexts. Practice reading these sentences to improve your confidence in using the word.

How Do You Spell Respite?

The term respite is spelled r.e.s.p.i.t.e.

Remember to add the letter “e” when spelling respite because it’s silent and is quickly forgotten.

How Do You Pronounce Respite?

The above pronunciations are American and British, respectively. They have different areas where stress is applied to syllables. Remember to constantly practice saying this word and listen to experts pronounce it to learn more.

How Many Syllables Are In Respite?

The word respite has two syllables; re. spite.

In the mid-13th century, the old French word respite was used to describe a moment of time extended for an action to be completed. The word respite also traces its roots from the Latin word respectus, meaning to give consideration, regard, or look back.

The word later meant to delay respect or reprieve from death in the 14th century. Other definitions were refraining from action, desisting, or granting extra time.

When Was Respite First Used?

The first recorded use of the word respite as an English word was in 1978.

While it may have first been recognized as an English word at this time, the word was used since the 14th century as a noun and as a verb. The word has retained its meaning since then.

Now that you know “respite definition, meaning, and usage,” you don’t have to worry about using the word in your daily conversations or writing. It’s important to practice using the word constantly and refer to this article whenever you need clarification. Go ahead and do further research on using this word from the internet to expand your knowledge.