Have you ever done something with a feeling that you haven't been fully included towards its actualization as a close member, especially at home or place of work? You always feel unwilling and hesitant about doing that particular task. Let us help you understand the "reluctant definition and meaning" to know whether you've been using the word correctly.

The adjective "reluctant" means "either feeling or showing unwillingness or hesitation." The word also means doing something without enthusiasm. Use the word in sentences to describe someone who unwillingly assumed a specific role or did something they never wanted for the sake of doing so.

There is resistance or unwillingness whenever you use the word "reluctant." So this is a word attached with a negative connotation. There is no positive angle in the term unless you use it to talk about someone who is not being reluctant. In this article, we will reveal everything you need to know about the word reluctant. 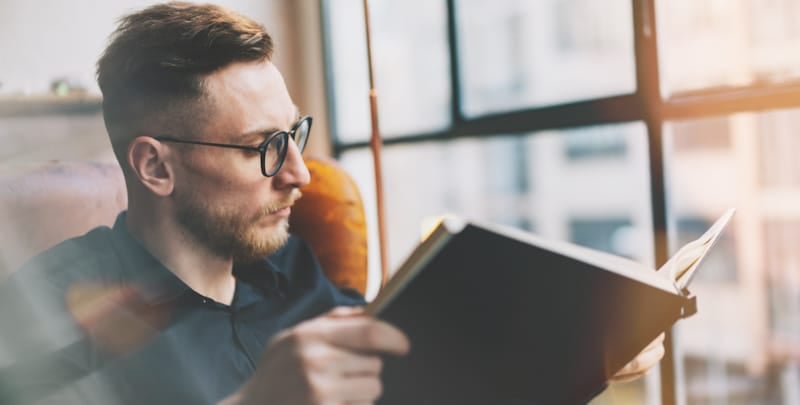 What Is the Definition of Reluctant?

"Reluctant" simple definition is "not being eager." When you are not longing to do something because of your reasons, use this word to describe someone who is not interested in doing some tasks.

However, to better understand the word, it is vital to note that "reluctant" does not mean not wanting to do something. If you don't want to do something, you'll avoid and not participate in its implementation. But when you are reluctant, you can still take part in doing a particular task, though in an unwilling manner. That's the difference between being reluctant and not wanting.

Reluctant describes a situation that does not permit you to do something wholeheartedly or that you do not find the task interesting. At the same time, note that many people have done things though they were "reluctant" for some reason. Note that just because someone is "reluctant" does not mean they will not do the given task.

What Is the Meaning of Reluctant?

"Reluctant" also means struggling in opposition. Use the word to describe opposing resistance or opposing. In most cases, the word shows the unwillingness to do something since it does not align with your beliefs or mood.

If someone struggles against something or has an opposite mind about a certain idea, they are "reluctant." There might be no viable reasons why they are reluctant other than their gut feeling. As a result, they feel they do not want to take the required action.

What Is the Difference Between Reluctant and Reticent?

A word that most people confuse with "reluctant" is "reticent." However, these words have different meanings where the word reluctant means resisting and unwilling. It has a strong negative connotation. Reticent means unwilling to communicate, but by comparison, it has less of a negative feeling.

Synonyms and Antonyms of the Word Reluctant

Almost all the words you will encounter have alternative words that you can use to replace them. However, these words might not have the exact meaning as the original word; these are the synonyms.

You also need to know words with opposite meanings, popularly referred to as antonyms, to perfect your grammar more. Note that there are also rhyming words that confuse most people who end up using the wrong word. It helps to know some of these words to avoid confusion as you write your texts. Let's learn more below.

Words That Rhyme With Reluctant

How to Use Reluctant in a Sentence

Use "reluctant" in your sentences when talking about the unwillingness to do something due to distaste or irresolution. Note that the word also means the lack of desire to do something because it is not your taste or you disapprove of it. In addition, keep in mind that it is a negative word.

In most contexts, the word most applies as a noun and adverb. Make sure you know how to best use this word in either form. That makes it easier to accommodate the word where you feel like it cannot fit. Let's learn more about this below.

Reluctantly: In a hesitant manner. Here are some example sentences:

Reluctance: Hesitant in taking some action. Here are some example sentences:

10 Examples of Reluctant in a Sentence

How Do You Spell Reluctant?

How Do You Pronounce Reluctant?

The proper pronunciation of the word "reluctant" is "ri-luhk-tent."

When pronouncing the word, note that the middle syllable, which is "luc" is pronounced as "lukh," so pull in more air so that you can produce the correct sound. Note that poor pronunciation increases the chances of miscommunication.

How Many Syllables Are In Reluctant?

The word "reluctant" has three syllables"re.luc.tant." The stressed syllable of the word is "luc."

When you learn a new word, it helps to know how to decode the word faster so that it can help you chunk sounds rather than you having to sound single letters. In addition, when you learn the syllables, it will help you to read fluently and accurately.

When Was Reluctant First Used?

The first recorded use of the word "reluctant" was in 1638.

Not having the will to do something is known as "reluctant. Now that you have understood the meaning and the definition of this word, you can practice its usage with your family, friends, or peers. There is no shortcut to it; the only way to learn the proper spelling and usage of a word is by practicing it. Take time to construct and share sentences with the word "reluctant."