If you've ever used a word you weren't sure what its meaning was, you must have left your audience confused. Nevertheless, don't worry, as this happens frequently to many people. For instance, take the word mere; do you know the right mere definition and usage in sentences of various contexts?

The word mere refers to something pure, unadulterated, or simple. The word also means nothing more or nothing less. For example, "At the mere sight of the snake, the cat jumped." It means just by seeing the snake, the snake jumped. Use insignificant, only, minor, stark, or sole as synonyms of mere.

The word looks simple at first glance. After all, it only has four letters; however, this word has several meanings and uses. In this article, we will tell you all you need to know about the word and how you can use it correctly when you want to write or speak to your audience. Here we go! 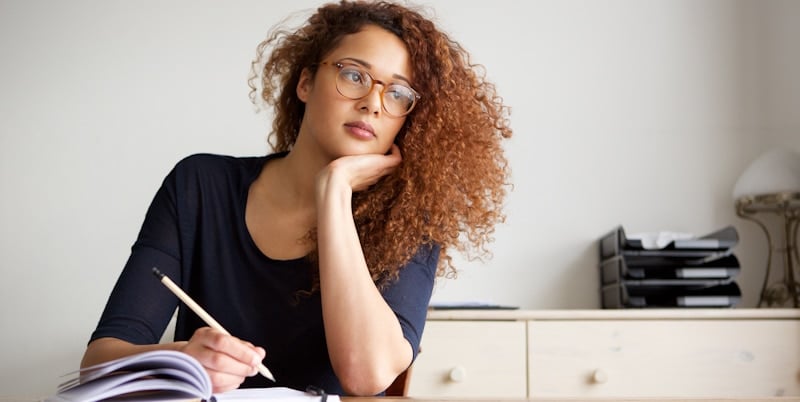 What Is the Definition of Mere?

The most common definition of the word mere is "nothing more than what it is." It can refer to humans, animals, or non-living things. Whenever you hear this word, there's always an aspect of basic minimum.

You've probably heard this word when people describe how someone or something has no more use than what you see at face value. In most cases, the tone that accompanies the word is not positive. However, in some contexts, there might be some positivity.

'Mere" in its negative form is used as a way to degrade someone or something. For instance, if someone tells you that "you're only a mere student," they don't see the strong capability in you based on the issue at hand, and you cannot help them.

Here are some examples of this word in a sentence.

Mere As Used to Describe a Water Mass

Do you know that the word mere is also used to describe a body, pool, or stagnant water? The word mere with this definition describes a body of water that is broader than deep.

An example of a "mere" is a lagoon, pond, or puddle. The word is quite common in geographical publications. Mere can be a naturally occurring or artificial water mass. Here are some examples in sentences.

What Is the Meaning of Mere?

Another definition of the word mere is "a boundary line." A mere is an object used as a boundary line between two places, such as cities or countries. An example of a "mere" is a group of trees planted in a row dividing two pieces of land.

Mere vs. Boundary: Is It the Same Word?

You are probably asking, is there a difference between mere and boundary? A straightforward answer is yes. Boundaries separate two areas or more; a mere is just a boundary line. Another difference is that mere involves a sea, pond, or small lake in the form of boundaries, while the word "boundary" refers to any form of division.

How to Use Mere in a Sentence

The word mere is an adjective. When used as such, it describes the noun next to it. For instance, in the sentence "He's just a mere boy," the word mere shows the noun is nothing more than what it is (a boy).

Here are more sentences as examples.

When used as a noun, it describes a body of stagnant water. More so, the word mere in its noun form becomes meresman, an officer who ascertains meres. You will encounter most instances of this word in its noun form.

Here are some sentences to illustrate better.

The word mere, when used as an adverb, becomes merely. When used in this form, it means without any other reason. It was also used to define an action done wholly or entirely. However, this meaning was used between the 16th and 20th centuries, and the word is no longer used for this definition.

Additional reading:  Reluctant: Meaning and Usage In A Sentence

10 Examples of Mere in a Sentence

The word merely has several meanings and uses that have been examined extensively. The best way to understand how to use this word better is by reading sentences that have the word in them. Practice these sentences and make some of your own to evaluate whether or not you understand the word usage.

How Do You Spell Mere?

The word mere is spelled m.e.r.e or \ ˈmir \ as recorded in the International Phonetics Alphabet.

The word mere is a four-letter word that is simple to spell and should not give you any challenges.

How Do You Pronounce Mere?

The best way to pronounce mere is \ ˈmir \

Pronunciation is how you say a word or a language. It is the correct way of making the sounds of a word. When pronouncing the word, remember that the letter "e" at the end of the word is silent.

How Many Syllables Are In Mere?

The word mere has only one syllable.

You know how many syllables a word has by counting the number of times your mouth and jaw move when pronouncing it.

The term mere traces its roots from the Old French mier meaning pure and concerning gold. The word also comes from the Latin word merus, which means unmixed, referring to pure wine without any additional products.

The French first used the word as an adjective in the 14th century to describe how pure or clean something is. The word was later described as something straightforward, bright, or genuine by the Old High German and the Middle Dutch. In the 15th century, the word described a small pool or pond.

Fast forward to the 1620s, the word mere received an extensive application, especially when describing a boundary line between kingdoms or fields. A mere also referred to an object used as a mark for a boundary at that time. All these definitions are still in use today.

When Was Mere First Used?

The first known use of the word as an adjective was in the 14th century; it became a noun in the 15th century.

It's important to know what certain words mean before using them; otherwise, you will fool yourself and those you are trying to address. This won't be a problem now that you're familiar with the mere definition and its various uses. If you need further explanations of the meaning of the word mere, you can refer to this article or watch videos that explain how to use this word.

Also read: Perplexed Definition and Usage In A Sentence