There is no shortage of information about the word “mature” online. However, various sources have different definitions, making this word confusing to some people. But if you are confused, don’t worry because you have come to the right place; this article discusses the mature definition, meaning, and usage.

Mature means “having completed natural growth or development.” Use the word when talking about a person, animal, plant, or even products like wine. Use the word to mean “having reached the limit of its time or due” or “something expected and needs to get paid.”

There is more to the word “mature,” so read on to learn the various meanings and how you can use the word in your sentence. Reading these definitions will give you the confidence to use the word and will help ensure that you understand it better when someone uses the word to communicate with you.

What Is The Definition Of Mature?

Use the word “mature” to mean “skillful, thoughtful, and shows the ability to be fully developed.” This can apply when discussing an artist, musician, or writer. In this definition, “mature” is a grading adjective.

We refer to this word as a grading adjective because you can tell if someone or something is mature through various parameters. Also, note that when you describe a certain group of people or someone’s work as mature, it means that you recognize the work that they do because their skills have fully developed.

Mature (adjective) can also refer to someone who is all grown or older. When you say someone is mature, you mean that the person is middle-aged or older. Using the word “mature” is more polite than referring to a person as “very old or aged.” 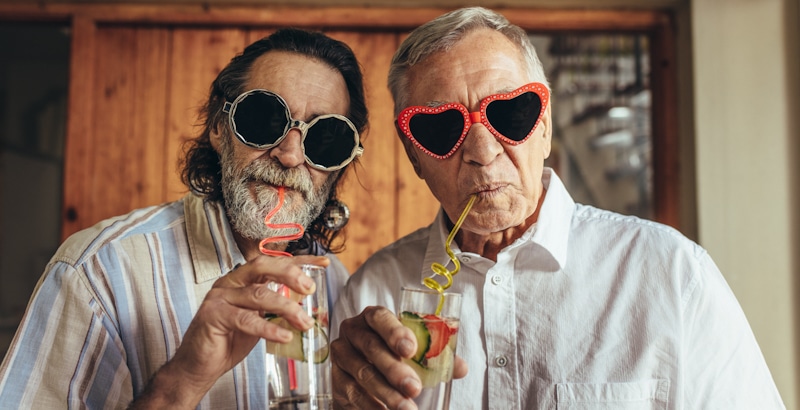 What Is The Meaning Of Mature?

Mature is a verb that means “a young child or animal that has become an adult.” Replace the words develop, grow up, blossom, and bloom with the word “mature.”

Another meaning of mature is “belonging to the middle portion of a cycle of erosion.” Use the word when describing a stream, season, time of the year, and other periods or systems that take a certain cycle.

Common Phrases with the Word Mature

Synonyms And Antonyms Of The Word Mature

Learning the synonyms and antonyms of any word helps in building vocabulary. That way, you will know how to express yourself better as you prepare to become a pro in English.

Synonyms: Here is a look at words with the same or near meaning to the word “mature.”

Words That Rhyme With Mature

Mature is easily confused with some of its rhyming words. Here are words that have the same sound as mature.

How To Use Mature In A Sentence

Use the word “mature” in your sentences when talking about someone or something developed in the mind or the body or something due for payment. It is also a positive word used to talk about something impressive or desirable.

Using The Word Mature In Different Parts Of Speech

Adverb: Maturely, which means “in a mature manner or showing maturity.”

Noun: Maturity, which means being mentally or physically developed or a time when an insurance policy matures.

Is Mature a Negative Word?

“Mature” describes people, animals, plants, things, or fully developed situations. In most cases, it shows that something has reached its prime or is good. So, the word mature is mostly a positive word.

But at times, the word “mature” can mock someone or something. For instance, when you say, “how mature are you for such bad behavior?” That is mostly a mock and not an appreciation. The sentence describes someone old enough but does something that makes them look childish or not expected of their age.

10 Examples Of Mature In A Sentence

Here are ten sentence examples to help you comprehensively understand “mature” and the various ways to use the word in your sentences.

How Do You Spell Mature?

Correct spelling helps facilitate communication and also allows people to understand each other better. So before using a word, it is important to ensure you have taken the time to understand its spelling and meaning.

How Do You Pronounce Mature?

The correct way to pronounce “mature” is “muh.chour.”

It doesn’t matter the number of words that you have learned; if you do not know the correct pronunciation of each word, people will underestimate you and not give you the attention that you deserve when giving a speech.

How Many Syllables Are In Mature?

The stressed syllable of the word is “-ture.” Whenever you check the syllables present in a word, make sure you learn about the stress syllables. Doing so will help you better understand where to put your emphasis when pronouncing a word.

The word “mature” comes from the Latin word “mātūrus,” meaning “ripe, timely, or early.” Later the French changed it to “mature” but retained the same meaning as the Latin language.

In the 1530s, the English language borrowed the word and used it as “mature,” meaning “ripe.” Over time, the English Language broadened, and so did the meaning of the word “mature.” That explains why today, this word has numerous definitions.

When Was Mature First Used?

The first use of the word “mature” was in the 15th Century.

When first introduced to English, the word meant “based on slow, careful consideration.” But over time, the word, its meaning, and usage evolved.

The word “mature” is wide and applied in different areas of life. If you have not yet come across the word, rest assured that you will come across it soon. This is one of the words in the English language that you need to learn and understand. More so, the different contexts that use the word.

Take your time to read and understand the mature definition, meaning, and the many ways you can use this word in your sentences. Once you have understood the word, come up with creative sentences and read them out to confirm your understanding.