The history of marketing is being written every day by people who work hard trying to connect people to products and services that will improve their lives. TV’s Mad Men shows the lives of these people, but during a much different era. What, if anything, can we learn about marketing from the show? 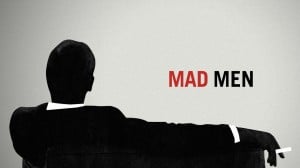 WARNING – the remainder of this blog post contains light spoilers for those who aren’t caught up with Mad Men. Proceed at your own risk!

Mad Men’s sixth season has just concluded, and fans of the show are just as engaged with the program’s fascinating characters, surprising plot lines, sumptuous set design and costuming choices as they were when they first laid eyes on Don Draper and company back in season one. At its core, the show is a character-driven drama that illuminates how people lived and loved during one of the most interesting and tumultuous eras in recent American history. However, Mad Men also provides an inside look at how advertising and marketing campaigns were pitched, structured and unleashed to the public during the 1960s. The program is known for its amazing attention to detail, and I believe viewers can learn quite a bit about the history of marketing by following the exploits of the people working at the firm of Sterling, Cooper, Draper, Price.

Obviously, marketing has changed considerably since the Mad Men era. Audiences are not nearly as captive as they once were, and they are generally more cynical when they suspect that they are being advertised to. Thanks to the rise of the Internet, people simply have much more control over their exposure to content. Nevertheless, there are scenes and situations on Mad Men that ring just as true today as they would have in 1966.

The Timeless Importance of the Buyer Persona

The character of Don Draper is a creative genius and a marketing wizard. He seems to understand timeless marketing concepts intuitively. One such concept is the idea of a buyer persona.

In case you aren’t familiar with the concept of a buyer persona, here is a brief rundown:

Even though the term “buyer persona” has never been uttered on Mad Men, there’s no doubt that the underlying concept propels the creation of advertising content produced by the show’s characters. For example, when Don Draper creates his pitch for Kodak’s new slide projector in the final episode of season one, he doesn’t try to sell the product based on its features and specifications (boring!); he sells his pitch to the Kodak executives based on how potential buyers will use the product to experience emotional connectedness with their loved ones. Draper isn’t proposing that people will buy the product because of its amazing features; instead, he’s proposing that people will be able to connect with their emotions through the use of the product. In other words, he’s identified the needs and drives of Kodak’s customer base, and he’s created a buyer persona. What’s more, he’s created a remarkable value proposition, seemingly without even knowing it.

Modern Marketers can Learn a Lot from Mad Men 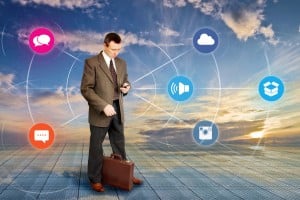 Mad Men teaches us a number of other lessons about the history of marketing, but what the show really tells us is that things haven’t changed all that much since the 1960s. Sure, technology has advanced considerably, and peoples’ attentions are stretched as thin as ever (and people aren’t really chain-smoking and drinking old-fashioneds on the job). However, many of the best marketing practices and techniques are the same as they were 50 years ago.

Marketers can’t be lazy about understanding potential customers, and they certainly can’t afford to ignore the drives of the people who, ultimately, pay their salaries. I believe that Mad Men’s Don Draper would be just as successful in the marketing reality of today as he is depicted in the fictional 1960s because the character has an intuitive, almost preternatural sense of what drives consumers. The character also understands how people connect to the products that fill their lives. That’s why he would have tremendous success in today’s world, in spite of the numerous changes that have taken place since the so-called golden age of advertising.

Have you watched ‘Mad Men’? What are your thoughts about how the show depicts advertising and marketing? Do you feel like the program is true to the history of marketing? Let us know what you think by leaving a comment below or dropping us a line.