Learning new words is a continuous process from childhood to adulthood, as there is always something new to learn. It's a vital part of acquiring a new language or advancing what you already know. For example, knowing the "joviality definition" is great if you look forward to a new addition to your "word of the day list."

The term joviality means being jovial or conviviality. Jovial means being happy or cheerful. Use the word "joviality" to describe a state of being full of love, having playful good humor, genial, or cheerful. Joviality also means feeling merry because of an occurrence, experience, or someone.

Learning new words can be hard if you focus on very complex words. However, simple words like "joviality" are relatively easy to master. Read on for the joviality definition, meanings, usage, origin, and everything in between.

What Is The Definition Of Joviality?

"Joviality" is the characteristic of being cheerful, happy, joyous, or festive. You can also define it as a mood characterized by high spirits or amusement.

Below are some examples in sentences:

What Is The Meaning Of Joviality?

Joviality means the quality of being warm or approachable. Another meaning is a playful, lively, or mischievous activity or act.

What Are The Synonyms Of Joviality?

Synonyms are different words with the same or similar meanings. The words can be used interchangeably in specific but not all contexts. The beauty of the English language is that one word can have hundreds of synonyms.

Learning synonyms as you study new words will help you understand them better as you may encounter synonyms you are familiar with. It also enhances your memory of the words.

Here are some synonyms of joviality.

What Are The Antonyms Of Joviality?

An antonym is a word with the opposite meaning of the word at hand. The root term "anti" means against or opposing. Learning antonyms can come in handy when trying to expand your knowledge of the English language.

Here are some antonyms of joviality.

What Are The Rhymes For Joviality?

A rhyme is a repetition of similar words in two or more words. Rhyming is a popular tool and requirement in poetry and art. In technical terms, it is a literary device, a function, or sound, and not spelling.

Here is a list of words that rhyme with joviality. 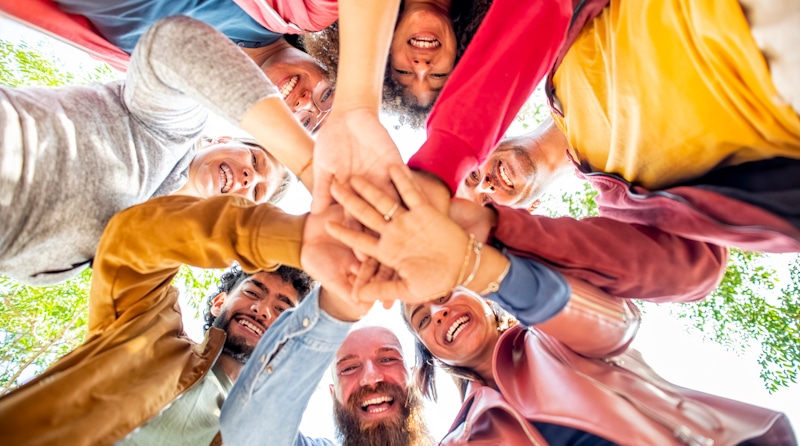 How To Use Joviality In A Sentence

You can use joviality in a sentence as a noun. Use this word in singular or plural forms. As long as you understand the meaning and definition of joviality and basic sentence construction rules, you should be good to go.

You will also benefit from learning other forms of the word "joviality," like jovial or jovially. Let's focus on that in our next section.

You will often encounter related words when researching new words. The related words come in handy when you want to use "joviality" but in a way that fits a particular context. Some of the words related to "joviality" are;

Jovial. The word means "marked by hearty conviviality or good cheer. Also, the term means to fill with or show high spirits and joy." Use jovial to describe people with good humor and full of joy.

See some example sentences below:

Jovially. It is an adjective for jovial, meaning "in a jovial manner." For example, in a sentence, "George greeted his friends jovially."

Below are more example sentences:

10 Examples Of Joviality In A Sentence

Reading sentence examples helps you learn about new words easily. The sentences help you cement the meaning and spelling of the word in your memory. They also help you learn how to use the new word in countless contexts and make your sentences.

Here is a list of ten captivating sentences we have prepared for you.

How Do You Spell Joviality?

Spelling this word is easy because it follows all the traditional spelling rules. For instance, it does not have any silent letters. You can master the spelling for this and other new words by writing them down and spelling them out loud. Typing or writing the word triggers muscle memory to help you master it. Try doing this with "joviality."

How Do You Pronounce Joviality?

The pronunciation of "joviality" is not that hard for such a long word. The right pronunciation is vital when speaking in English. For instance, it will help you communicate more clearly and sound professional, focused, and native. You can learn to pronounce "joviality" using practice resources like internet videos, music, or audio clips.

How Many Syllables Are In Joviality?

The word "joviality" has five syllables.

The five syllables in "joviality" are "jo – vi – al – i – ty." There are two stressed syllables in "joviality." The primary syllable stress is "al," and the second syllable stress is "jo." Since "joviality" is a long word, it is natural to be broken down into many small speech sounds (syllables). Breaking down words into syllables improves your reading and pronunciation skills. It is also a very useful tool for learning spellings for new, long words. This comes in handy also for kids learning new words and how to read.

The history of the word "joviality" can be traced back to the 17th century from the adjective "jovial." The word also has roots in the Italian "joviale," whose literal meaning is "pertaining to Jupiter." Jovial also comes from the Late Latin 'iovialis" from Jupiter and Latin "Iovius."

When Was Joviality First Used?

Joviality was first used in the 1650s from the French word "Jovialite."

The word was first used by the writer Fulgenzio Micanzio in the book "The Life of the Most Learned Father Paul, of the Order of the Service." Since then, the word has been used in several publications and conversations. Furthermore, it has also maintained its archaic definition throughout the years.

Learning new words is more work than picking up a dictionary and reading their definitions. Sometimes the definitions are not as clear because they are not explanative. This is where the meanings come up. A lot of people learn new words every day. However, most people forget the new terms as quickly as they learn.

Therefore, another vital element of expanding your vocabulary is memorizing. You can remember new words by writing or typing them. Using them in conversations every chance you get will also help. The key is repeating and writing until the word sticks in your brain. We look forward to reading some of the sentences you construct using the word "jovial.