Have you ever been to the supermarket and seen a child throw a tantrum because their mother refused to buy them a toy? What that child feels is anger resulting from what most people term unfair treatment by the mother. The word indignant best describes this feeling; indignant definition and meaning will help you understand the word better.

According to the Cambridge Dictionary, indignant is the feelings of anger resulting from an unfair or unjust act. Another definition of this word is "anger from unfair treatment rather than injury to one's ego or emotions."

This word is commonly confused with anger; however, these two words are quite different, as you shall see later in the article. Additionally, this piece will cover all other definitions used in different contexts. There is no doubt that you'll be fully acquainted with the term indignant once you've read this article.

What is the Definition of Indignant?

Indignant are feelings of anger, rage, or scorn brought about by unfair acts or treatment. The word also means someone portraying characteristics of a person filled with anger or resentment. You may use the word in situations where you feel angered due to ungrateful treatment.

The indignant feeling may be towards actions done to you or someone else. When you talk about someone being indignant, you have witnessed something unfair. An indignant example is seeing someone face racial abuse at the hands of a police officer.

The following are example sentences with the word indignant.

What is the Meaning of Indignant?

Another meaning of the word indignant is the act of showing signs of anger or rage due to witnessing something unjust or unworthy.

This meaning might look the same as the previous one. However, this definition describes the acts resulting from indignant feelings and not the feelings themselves. When someone performs an indignant action, they react to events that aroused those feelings in the first place.

For instance, an indignant act is when you come to a puppy's rescue after witnessing someone beat it. In this case, you have the first experience of what's happening; you rescue the puppy because of anger.

Here are some more examples:

The word indignant has several other meanings relevant in different situations. In fact, you can use the word in most contexts when used as "indignation." Here are some of the meanings.

At times, self-indignation may lead to a change of character to avoid repeating such actions. A great example of self-indignation is feeling guilty and scornful because of making someone take the blame for a mistake you made.

What is righteous indignation? It is the act of getting angry or moral outrage emerging from witnessing situations involving mistreatment, unfairness, or unfair attitudes. It is the negative feelings aroused when you see something completely unfair happening, prompting you to assist in making the situation better.

The following words have the same or near meaning as indignant. Use the words in place of indignant.

Is the word indignant an insult? The word means anger based on something unjust; however, the term is not an insult. If someone, for instance, was to call you an indignant person, they mean that you reacted in anger after seeing an unfair action on someone in a bid to save them. While those who disagree with what you have done will feel like you are doing a bad thing, it's still not an insult.

Is Indignant a negative word? The term might describe a particular form of anger; nevertheless, it is in no way a negative word. An indignant person may attempt to save the current situation and make it better. This is a sharp contrast to an angry person whose actions will probably result in negative consequences. Therefore, "indignant" is not a negative word since it results in positive actions.

What is the difference between indignation and anger? Although these two words touch on the same emotion, they have completely different meanings. For starters, anger comes about when someone sees an unjust act that may force them to attempt to make things better. On the other hand, anger is an emotion caused by someone hurting the feelings of another.

It can also be described as an extreme feeling of annoyance or hostility. When it comes to indignation, anger goes to someone responsible for an unfair action. Anger is a result of mere displeasure towards someone without any justification.

How to Use Indignant in a Sentence

Use the word indignant as a noun, adjective, and adverb. Here's how to use the word correctly in this form.

Indignation, indignity, indignancy, indignance (noun): It refers to an extreme feeling of anger arising from something regarded as an injustice.

10 Examples of Indignant in a Sentence

Now that you are familiar with indignant and its various word forms, here are some sentences to practice. 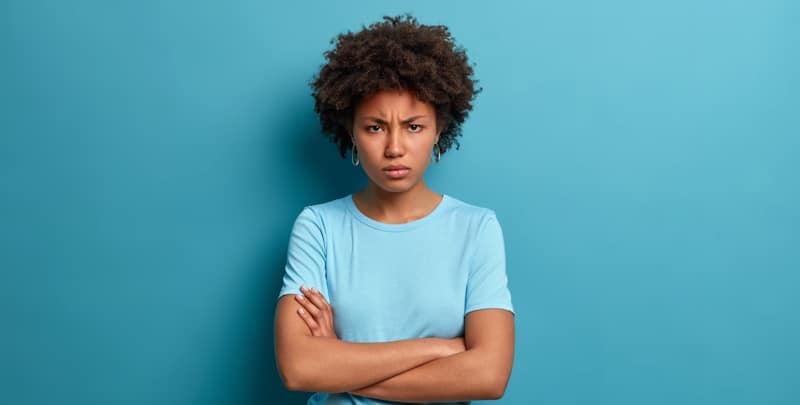 How Do You Spell Indignant?

How Do You Pronounce Indignant?

The phrase indignant may look hard to pronounce, but it's pronounced as [uhn. dig. nuhnt]

Break the word into sounds [in] [dig] [nant] to make it easier to pronounce the word correctly.

How Many Syllables Are in Indignant?

This word has three syllables; IN.DIG.NANT.

Indignant comes from the Latin word indignus, which means "unworthy." The word also has roots dating back to the 16th century from another Latin word, indignant, meaning "reluctant or impatient." The word later morphed into indignation and later indignant in the late 16th century with its current meaning.

When Was Indignant First Used?

The year 1590. It was the earliest recorded use of the word indignant.

The word indignant might look like a hard word to comprehend at first, but this is not the case. All it takes is to fully understand what the word means and how to use it correctly in your sentences, and you'll be good to go. That notwithstanding, we cannot stress the need to continue reading extensively and using the word in your writing to build your English vocabulary and become an expert in the language.