Most people or things in life are or function according to certain predefined conventions. However, there are individuals, their actions or attitudes, circumstances in general, etc., that deviate from the norm or stick out in a good or not so good way. Some of those outliers could be terrible or glaringly bad, or, in other words, outright "egregious".

The word "egregious" means "extraordinary or shocking in a bad way". The term initially had a positive connotation. Over a period, due to ironical usage, "egregious" almost permanently assumed a negative trait. In sentences, therefore, do not use the word to praise or applaud anything or anyone.

"Egregious" has deep-seated roots, which has to a great extent influenced the core definition of the word. Keep reading to learn more about the term's meaning, origin, how to incorporate the word in your texts, and a host of other pertinent information.

"Egregious" means "glaringly bad" or "bad beyond a reasonable level". The synonyms for the term include "flagrant", "appalling", "intolerable", "gross", etc. An "egregious" error could be unforgiving or have irreversible consequences. The archaic or obsolete meaning of the word is "eminent" or "distinguished".

The term denotes "strikingly bad", which is why words such as "obvious", "conspicuous", "striking", "pronounced", etc., are not proper synonyms of the word. They just represent half of the meaning of "egregious". The replacement word must have a negative connotation to it, like the alternative words above.

In other words. "egregious" means "standing out" but in a genuinely offensive or wrong way. 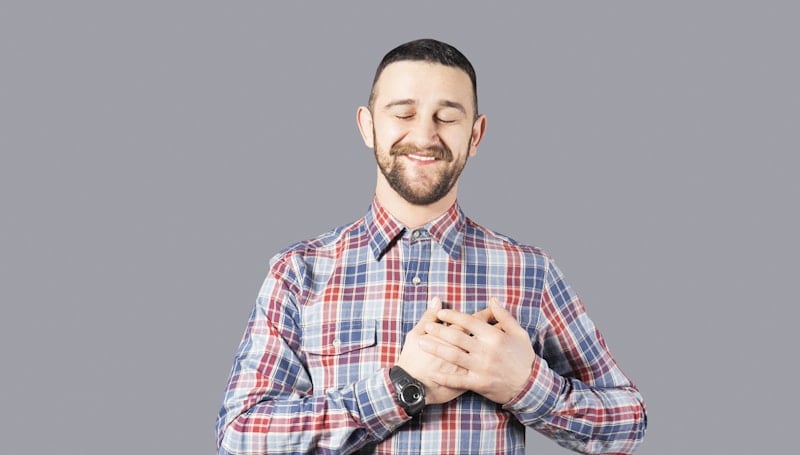 As mentioned above, there's history to how "egregious" came to be. The word is derived from "egregius", the Latin term that means "eminent" or "distinguished". That explains the original or archaic meaning of "egregious".

Initially, "egregious" was used as a compliment for something or someone exceptionally good, which helped the thing or person stand out from the crowd. However, over a period, the term assumed a lesser complimentary or congratulatory sense, likely due to the original meaning getting used ironically in texts and conversations.

Notably, "egregius" was also used sarcastically, which significantly influenced its derivative term's meaning. In short, "egregious" currently means "extraordinary", but not in a positive way.

Using the Term "Egregious" in Texts

"Egregious" is an adjective. But it can also be used in texts as a noun or an adverb, or "egregiousness" or "egregiously". The following are sentences using the term in its various avatars:

(More example sentences with the term "egregious" can be found later in the article.)

As mentioned above, "egregious" was initially used as a compliment. Here is an example sentence illustrating that:

In the above sentence, "egregious" means "great" or "exceptional". But because only the negative sense of the word has managed to survive the times, it's not recommended to use the term to signify "outstanding", or do not call or describe anything or anybody "egregious" if the intention is to praise. 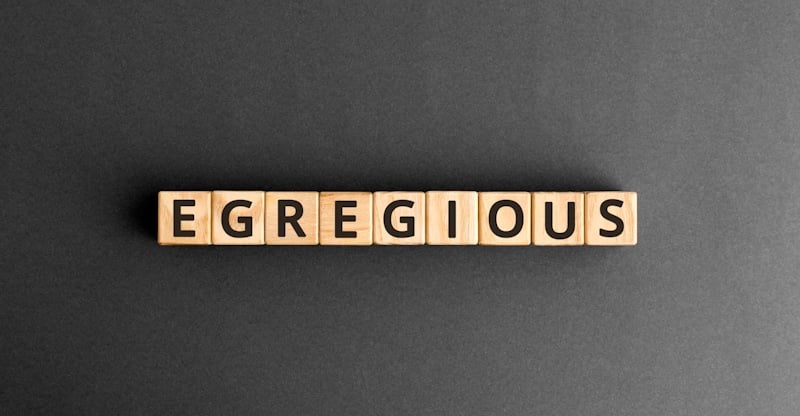 Example Sentences with the Word "Egregious"

The following are sentences that use the adjective "egregious" correctly or denoting the negative sense of the word:

Example Sentences with the Word "Egregiously"

"Egregiously" is another commonly used term in texts. The following are sentences that demonstrate how the adverb gets incorporated into a variety of contexts:

Example Sentences with the Word "Egregiousness"

The term "egregiousness" is not as commonly used in texts as "egregious" or "egregiously". But it is a valid term, and the need to use it in your sentences could arise at any point during your writing. The following example sentences give you an idea about how the noun fits into texts:

To conclude, being "egregious" didn't start as "bad". It was quite clearly a good thing initially. But because English is an evolving language – with new words getting added quite regularly and existing terms seeing changes or a complete transformation in their meanings due to contemporary usage – "egregious" had a change in its connotation too.

Therefore, if you're using the word in your texts, make sure you incorporate the term in your sentences in a negative sense. Using the word otherwise could inadvertently hurt another person's feelings, or you may end up saying things not the way you meant to.