If the two phrases – deep-seeded and deep-seated – were to be pronounced aloud, they would sound almost identical. It's more so the case with American speakers who have the tendency to pronounce the letter "t" like "d". Unfortunately, this similarity in sounds has transcended oral communications or often led to confusion when writing these phrases down.

Deep-seated is the right phrase. "Seat" could mean a body part, at the core of a certain function or emotion; or location – for instance, a county seat. "Deep-seated" means to firmly establish or stay put. "Deep-seeded" is incorrect English and, therefore, has no meaning or correlation to the correct word.

Keep reading to learn more about the correct phrase "deep-seated" and how people incorrectly use the phrase "deep-seeded" in writing and everyday correspondence.

Is It Deep-Seeded or Deep-Seated?

Deep-seeded and deep-seated sound alike, but only one of the two is the correct English phrase. Another one is the misspelled version of the right phrase. In other words, "deep-seated" is the correct phrase; "deep-seeded" is the wrongly spelled variant.

Deep-seated is a phrase that literally means deeply rooted or firmly established. As per Merriam-Webster, the phrase "deep-seated" is an adjective that describes a thing that's firmly established or situated far beneath the surface. Dictionary.com indicates the same.

The adjective "deep-seated", apparently, originates from horseback riding. It denotes the rider's position on the pony and the state of being seated deep in the saddle. The phrase "deep-seeded", on the other hand, has no mention whatsoever in any dictionary – ancient or modern, offline or online.

That, however, hasn't dissuaded people from using the term with no remorse in general communication. Even renowned authors are at times guilty of using the incorrect term in their manuscripts. Several journalists have also used the incorrect term. Therefore, do not feel embarrassed if you have used "deep-seeded" in your correspondences before.

Authors get corrected by their editors and their mistakes, therefore, usually don't make it to their published copies for their audiences to see. Non-writers or regular people don't have the luxury of editors overseeing their work, which explains why the phrase "deep-seeded" is so easily found in online forums, personal blog posts, chat messages, etc.

There are, however, rare instances when copyeditors themselves could be in the wrong or the incorrect phrase may have escaped their discerning eyes. For example, "deep-seeded" has made its way into the texts of established publications, such as HuffPost and Fox News. Here's another one, NBC News.

The confusion people have with the two terms is not that difficult to fathom, but. When thinking of something at a deeper level, it's not completely irrational to think of some seed buried deep in the ground. But those who know how seeds germinate and plants grow would find this supposedly inherent logic completely amusing.

How to Not Confuse Between the Two Phrases?

If you're finding it difficult to not confuse between the two phrases, imagine yourself seated in a comfortable, soft chair and sinking deeply into it. Getting out of the cushiony chair could be difficult as you are "deeply seated". This is an easy way to remember deep-seated's metaphorical translation.

If you think "deep-seeded" is the better word, you should know that "seeds", when buried deep into the soil, do not germinate too well or to their potential. Most seeds, in fact, should be only less than a couple of inches or not more than a few millimeters deep within the soil.

If you are a fan of the movies – particularly Hitchcock's masterpieces – here is one more method to remember the right spelling. Imagine a friend (let's call her Mary) watching a Hitchcock movie – Rope. Mary is so deep into the thriller that she is not able to move. Her torso has sunk into the couch so deeply, getting off that couch would be like climbing out of a dungeon for her.

Mary is deep-seated in her sofa, and that entrenchment has been only multiplied by her curiosity to find out whether the killer gets away with the homicide or the body will get discovered in the room, leading to his arrest. 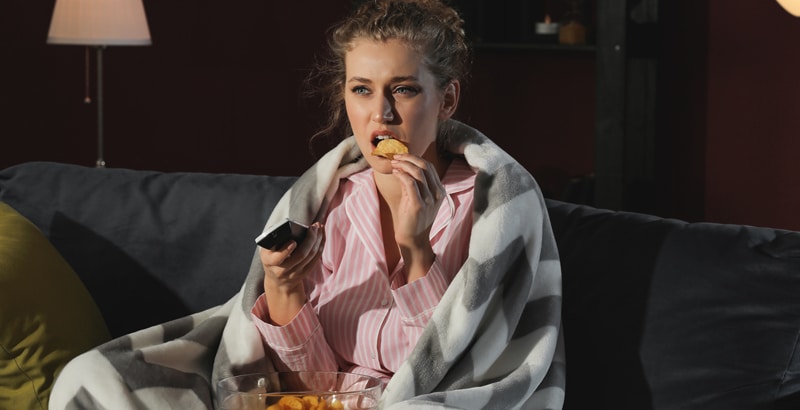 How to Use Deep-Seeded Correctly?

You cannot use "deep-seeded" correctly, because it's not a proper English phrase.

As mentioned earlier, deep-seeded is not a grammatically correct phrase. But since it's so similar to its correct version – both in sound and spelling – it's not that rare to see people use the phrase in their texts every now and again.

A few examples of sentences with the phrase include:

The sentences above should have had the phrase "deep-seated" instead of "deep-seeded", for them to be grammatically correct. Having said that, they do not necessarily sound or read too bad, particularly if the reader isn't aware of the illegitimacy of being "deeply seeded".

How to Use Deep-Seated Correctly?

"Deep-seated" is the right expression. It's a phrase that metaphorically refers to positions or feelings entrenched and ingrained within someone. In short, the feelings are seated within or firmly fixed inside someone or something.

The following are sentences that incorporate the phrase "deep-seated" well:

Also, there are instances when "deep-seated" is written without the hyphens, which is not correct. The phrase "deep-seated" works as an adjective. It must, therefore, always be hyphenated.

How Have Texts from the Past Used the Two Phrases?

"Deep-seated" is an established phrase in the English language. "Deep-seeded" too has been around for several decades, but not within recognized circles.

It is difficult to change old habits. And, therefore, to people who grew in the '40s, '50s, and the '60s, "deep-seeded" would still feel like the correct term and they may continue to use the term unapologetically. To them, the term makes a lot more sense, regardless of whether it is grammatically correct or not. The phrase "deep-seated" may not transmit the same level of intensity for them.

Regardless of where emotions lie, it's time people get over their old bad habits and incorporate the correct term into their lexicon.

English is not a difficult language to learn, but to master it is certainly tough because most times it can feel like there's just too much ambiguity to work with. For example, English is notorious for its usage of silent letters in its words. It's a practice that's unheard of in pretty much any other language.

Another aspect that leads to major confusion is words and phrases with different spellings sounding similar or even having similar meanings – like "deep-seated" and "deep-seeded". People trying to learn English afresh can find such idiosyncrasies a bit too overwhelming and creating a roadblock in their learning process.

Long story short, "deep-seated" is always the correct phrase. "Deep-seeded" is a misspelling. Do not let the similar sound and spelling of these two phrases confuse you. Learn the differences (refer to the example sentences above) to use the right phrase always. Remember, if you're split between "deep-seated" and "deep-seeded", always go with the former.