When conversational search was rolled out at Google I/O, it was welcomed by a throng of Google glad-handers who marveled at what the search giant had been able to accomplish. Impressive it was with Google’s VP of Search & Mobile running through mock queries, and at one point using pronouns without the algorithm missing a beat. So, if this is the future of search, if people are going to talk to computers like they are human beings in order to get the information they need, then what does that mean for search engine optimization? 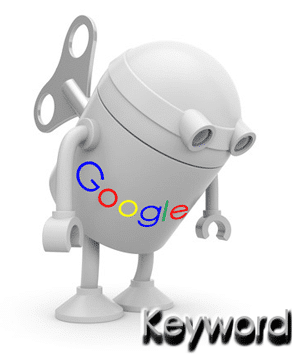 Right now, if you want a web page to be found in search, you must use keywords. Other factors like social signals are starting to play an influential role for many users’ results pages, but for the most part, if you don’t have the right words in your copy, you probably won’t show up as being relevant for a query.

In an effort to make search easier and to deliver more relevant results, Google is developing strategies that don’t necessarily involve keywords. The Knowledge Graph, for example, ties relevant information to other things that you searched for. This information may have nothing to do with keywords you typed in, but are displayed for other reasons — reasons that apparently cannot be gamed.

I doubt keywords will ever go away as a ranking factor; however, they will change a lot. In a recent video released by Google’s web-spam team, Matt Cutts explains that keywords are still important, but people are using them differently. When you type a query into Google, it is more common to use rigid language because you know you are giving instruction to a computer. With the proven abilities of conversational search and voice search in general, people will speak queries more naturally. When typing queries, it is generally known that the more words you cram into the search bar, the less likely it is you will find what you are looking for. With conversational search, the opposite is true. The more information you give, the more the algorithm has to go on, and the better your results will be. So, instead of typing, “carwashes  Detroit,” you might speak, “find me carwashes in Detroit.” That will change the way marketers use keywords in the copy of their websites and other places online. 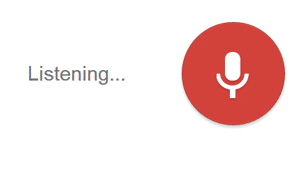 Conversational Search is Not a Game-Changer…Yet

It’s hard to say at this point whether conversational search is going to have a large impact on SEO. Certainly, voice search is more prevalent on mobile devices, but what about traditional computers? At this point it’s more of a novelty than a practical tool. Currently, conversational search is only available on the Chrome browser. At the time of this post, Google has not provided the ability for the search function to listen for a command like on Google Glass, where users say the command, “ok Google.”

Further, when you are on a laptop, how often are you really using voice search? Assuming voice-enabled search were available on all major browsers, you had the hardware for your computer to listen to you and Google had the capacity to listen for a query, would it be easier and faster for you to speak it or type it? That is Google’s goal (to make the computer from Star Trek, where all you have to do is speak out into the room).

Google is certainly no stranger to endeavors that just didn’t catch on. Google Buzz comes to mind along with a host of other programs that never took flight. Unlike industries of the past, Google can afford to make a bunch of flops and also put products out there that aren’t fully finished. Partly, that has to do with the nature of software products in that they never really need to be completely finished, but useable.

A New Way to Search

One thing is for sure: conversational search works very well combined with Knowledge Graph. We are already seeing that pervade some parts of the SEO industry. If it does become more mainstream and easier to use, methods that work well now like link building and keywords in content architecture may not be so important anymore. Instead, being relevant online will mean producing content that people like as evidenced by how much they click on it, share it, like it, plus-one it and otherwise interact with it. Eventually, being relevant in the online world will resemble that of the offline world in that it will be nearly impossible to fake.

What are your thoughts on conversational search? Have you used it? Do you think it has a future? Let us know what you think by leaving a comment below…