We live in a digital era where most people are always on their screens, and it is possible to do most things online in this generation. Without a doubt, it is not easy to grasp people’s attention in real life unless you do something “conspicuous.” But do you know the right conspicuous definition, meaning, and usage?

However, the word “conspicuous” has numerous other meanings and definitions. It is vital to take your time to learn all of them to confidently and adequately use this vocabulary. Here is more about the word, including its usage in sentences and origin.

What Is the Definition of Conspicuous?

“Conspicuous”: Attracting attention in a way that is often not wanted. Use the word when talking about something that attracts attention or is striking.

The word is mainly used when one notices something strange or weird, and it is something that you cannot readily assume. Note that for something to be “conspicuous,” it needs to be strange or not easily understood.

What Is the Meaning of Conspicuous?

“Conspicuous”: Without attempting to conceal anything. Refer to the word when talking about people openly doing something wrong or even illegal. Replace “open disregard of the law” with “conspicuous.”

Are you searching for words with similar or near meaning to “conspicuous?” Here is a list of words that you might be searching for.

Are you searching for opposites or neat opposite of the word “conspicuous?” Here is a list of words you might be looking for.

Words That Rhyme With Conspicuous

Are you in need of a list of words with the same sound as “conspicuous”? Here are some words you can use.

How to Use Conspicuous in a Sentence

Remember that this word is an adjective before using it in a sentence. Use the word when describing the state of the noun that you are discussing.

Learn of the other word forms of the word “conspicuous” below to understand this word’s extensive usage. Below are the two most common word forms.

Is conspicuous a positive or a negative word? “Conspicuous” means something that stands out that you notice right away. However, in most cases, the word refers to something ugly, unattractive, or unusual, and that is why the word is mainly considered a negative word.

What is conspicuous absence? Some things are designed in a particular way, and some situations require a certain approach. However, if an element is missing, such a situation is known as a conspicuous absence. A great example is that of a bride or groom missing during their wedding ceremony.

10 Examples of Conspicuous in a Sentence

Sentences are essential in any language as they offer a framework for easily expressing concepts and ideas. Reading sentences with the word “conspicuous” makes it easier for you to understand the word better and the various ways you can use it in your sentences.

Here is a look at ten sentence examples with the word conspicuous.

How Do You Spell Conspicuous?

How Do You Pronounce Conspicuous?

The correct way to spell “conspicuous” is “kuhn·spi·kyoo·uhs.”

When pronouncing the word, start with a deep voice, then go high in the center, and then complete with a low tone.

How Many Syllables Are In Conspicuous?

The word “conspicuous” has four syllables. “Con.spic.u.ous.” The stressed syllable is “spic.”

Learning about the origin of the word is important as it helps you get more perspective on the word and the effective way to use it. Besides, when you learn the definition of a word, you understand its origin, meaning, and the various ways to use it in your sentences. It also offers you an opportunity to learn how people have used the word over time. 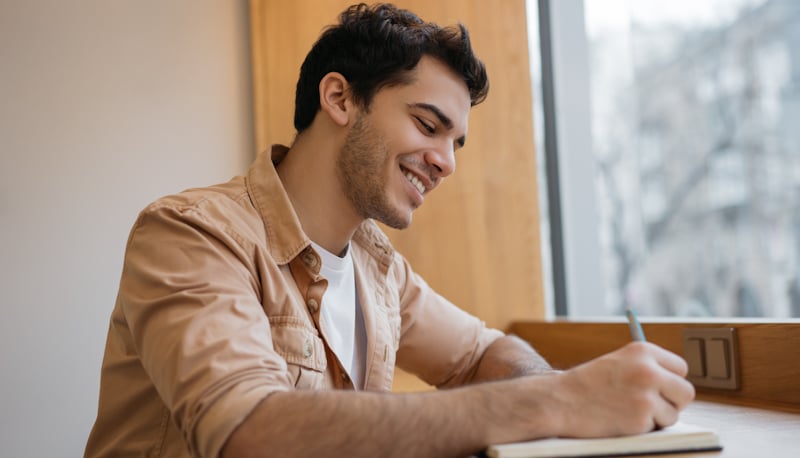 When Was Conspicuous First Used?

Records show that the first use of “conspicuous” in the English language was in 1534.

The word’s first usage meant “something obvious to the eye and the mind.”

Keep reading: Negate Definition – Meaning and Usage In A Sentence

If you are looking for a word that means “attracting attention by being unexpected, unusual, or outstanding,” then the word is “conspicuous.” However, you need to understand the nature of the word to use it in your sentences better. It is also vital to read some sentence examples that will help you understand the word and the various ways that you can use it. That will give you a good idea of the word and how you can use it to express your idea or information better.