The world is full of constant information streams, and the Internet turns out to be the primary source, but it is hard to distinguish whether the information is real or fake. Further, threats posed by civil wars, pandemics, and terrorism makes it harder to predict what tomorrow holds for everyone. "Bleak" is a word that explains this situation better.

"Bleak" is "a situation of little or no hope for the future; it is depressing and does not have any larger meaning." "Bleak" can also refer to cold, dull, and unpleasant weather. The word does not have a distinct meaning but changes with the subject matter when used in sentences of various contexts.

A comprehensive review of "bleak definition, meaning, and how to use it in sentences" will help you in your writing and speech. This article gives a meaningful insight into "bleak" in spelling and pronunciation and, more so, discusses the evolution of the word.

What Is the Definition of Bleak?

When referring to a place, bleak is defined as "the state of a landscape being exposed, barren and vulnerable to strong winds." The definition portrays a land that has been isolated and looks unattractive.

The word bleak also defines a sad situation with minimum levels of hope. Whether in school, hospital, or general life scenarios. Sometimes people use the current happenings to predict what might happen tomorrow. It is "bleak" when the future does not seem to come with good tidings.

What Is the Meaning of Bleak?

Among the most common meanings of "bleak" is the act of being "down, dark, or dismissal." Whenever you feel like everything is not right or you are down emotionally, you might describe the mood using "bleak."

If you are talking about the future, and nothing promising is forthcoming, you may also say that the future is bleak; "bleak" can be used in different contexts. Again, it can describe an environment that is not conducive or lively. An example is in the sentence, "Following the government directive to allow renovation; the town is bleak and empty."

The word can also refer to a person who lacks hope for the future, such as in the sentence: "He was living in a world of his own with a bleak future."

How to Use Bleak in a Sentence

Bleak has a variety of meanings and uses. The meaning depends on where the word has been used. When describing moods, it tells of someone who has been drained emotionally. Depending on the context, the word mostly describes something unpleasant or scary.

The word can be used as an adjective, a verb, or a noun in a sentence. What is most important is to ensure that you use the word correctly in your context.

When used as an adjective, it describes something unpleasant and depressing. It also describes an unpredictable, dark, and uncertain future. For example, "Her bleak health is beginning to worry everyone."

A verb is a doing word, and therefore, when bleak is used as a verb, it means to make something uninviting or depressing. To achieve that, something is covered with dark and dull colors.

When used as a noun, bleak describes a place that is not good-looking or depressing. That is because the place is dirty or eroded.

Keep reading: Poised Definition – Meaning and Usage in a Sentence

10 Examples of Bleak in a Sentence

Quite a few individuals confuse bleak with blight. While the two words have a negative meaning and can be used interchangeably, they differ. Bleak is a derivative of blight which means to destroy, while bleak refers to hopelessness.

These sentences will help explain the meaning of bleak and make it distinct from other similar words.

How Do You Spell Bleak?

Most of the time, the word bleak is misspelled as 'bleek' by people who rely on pronunciation only to spell a word. The right spelling of bleak looks unusual, so it is easy to misspell the word. The good thing is that the word 'bleek,' which looks common, does not exist in English. So, it is easy to differentiate between the two spellings.

How Do You Pronounce Bleak?

The most familiar pronunciation of the word bleak is /bli:k/, which is pronounced as 'blik,' which refers to color or weather.

Bleak is pronounced differently depending on its use and context. The accent is also known to influence how people pronounce a word. In some other cases, it is pronounced as /bleak/ when talking about the verb bleak. When it takes the adjective form, the word is pronounced as /bli: ki/. To retaliate, the pronunciation of a word is majorly affected by either the British or American accent.

How Many Syllables Are In Bleak?

Bleak has only one syllable.

It is easy to find the syllable of a word when you divide the word into the existing 5 English syllables A, E, I, O, and U. When we divide bleak, the only letters producing a vowel sound are those with the E sound.

It is always vital for the kids to learn syllables to help them pronounce new words quickly. Syllables are commonly known as the 'beats' that influence the rhythm of a word, and if a learner gets them right, then spelling words becomes easy.

The word bleak traces its roots to the 13th century from the word bleik. The word was used in Proto-Germanic to mean pale or pallid. Later in the 17th century, the word evolved into the Middle English word blake that was mostly confused with 'black,' the pale complexion, and led to the abandoning of blake.

After that, bleak gained momentum in its usage in the 18th century with subtle changes from being used only to mean "bare, sad and unwanted." Today, the word is also used to describe cold and unconducive weather. 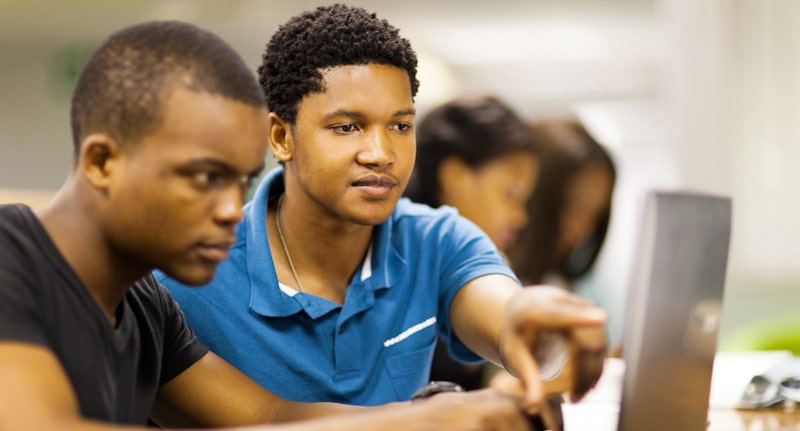 When Was Bleak First Used?

Bleak has been in the English lexicon for more than 750 years. Its first use is dated back to the 14th century when it was mentioned in 'The Piston Letters' document. These days, the word is mostly used to describe something as hopeless and without care.

Following the above exploration of the word bleak by discussing its definition, meaning, and use, you must have found the guide helpful and informative. The word bleak is quite versatile and can easily evoke various emotions. Therefore, it is essential to use it ideally in writing and speech.