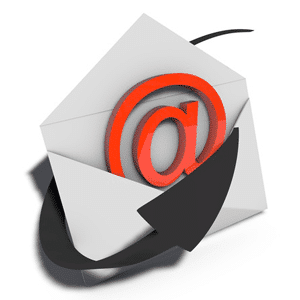 According to Pardot, only about 30% of B2B marketers are using email marketing as a primary lead generation tactic. That's not entirely surprising given the breadth of other channels available to businesses in general and through their own industry channels. What is surprising is that there is a good chunk ONLY relying on this method. What do they know that you don't?

Best Days and Times to Send Your Messaging

For B2C email marketing, the time of day consumers receive emails is a huge factor for the success of a campaign. It's the same way for B2B email marketing best practices, as well, except the days and times vary from the consumer model.

Data from Pardot suggests that Tuesdays are better for sending email messages in terms of open rates. This makes sense because people are more likely to extend their weekends rather than take a day off in-between. If you are in a testing mood, I would venture a guess that Wednesday and Thursday would be good email days, as well.

As for time of day, data from Experian Marketing  showed that optimal open rates occurred between 8am and 12pm for B2B marketers. Everyone has their routine, but I know I like to get into the office and clear out my inbox from the evening or weekend before. There is nothing worse than a bunch of piled up emails that people are waiting for responses to.

So does that mean that we should all be sending out B2B marketing related emails on Tuesdays at 9am? Of course, you can follow the data that the reports linked to this post offer, but is that really the best strategy? If everyone starts doing what is published online, it won't be the best strategy anymore because people will start avoiding their inboxes at those days and times.

Your best bet is to use this data as a guide and do your own testing. Use a third party email marketing provider like iContact or Constant Contact. Keep track of when you send out your email messages and what your response, open and bounce rates were for those times. The truth is your market is going to reveal the most telling data about how you should be communicating with them. 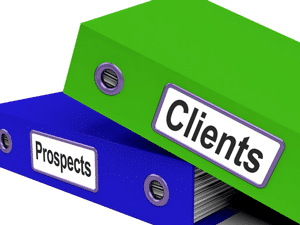 Nurture Your Prospects to Buy

An interesting trend is that many B2B marketers are using email as a method to drip nurture their prospects. In other words, they are sending carefully configured messages bumping prospects closer and closer to the end result of buying something from their company.

For example, say you have started a campaign to generate leads using an ebook that your company has produced. Perhaps it contains really helpful information that your prospects will find useful. You get 130 downloads, which means you have 130 emails to work with.

Initially, these prospects have received no correspondence from you or your company. Let's also assume they haven't bought anything yet, either. You take their email and enter it into a program whereby they receive 5 unique email messages from your company over the course of the next several weeks.

Email 1 – Maybe this is some sort of recommendation email related to the ebook they downloaded. Something along the lines of, "we saw you downloaded X; we thought you would also like Y."

Email 2 – Maybe you have other content besides ebooks that would be of interest to your prospect. This message would be very similar to the first one; however, it would nudge the prospect in a different direction.

Email 3 – Perhaps you have other areas of your company where the prospect could become more involved or give more information. Maybe a newsletter or some sort of account signup. This message would encourage them to take advantage of those features of your company.

Email 4 – This message would be the actual push to buy with a value proposition and whatever you are offering. They've gotten to know you a little by now, they haven't unsubscribed from your list and they probably know what you are all about.

Email 5 – The cycle can start over again here with recommendations for other products or services that they may be interested in buying.

This is meant to be an example and is not a set formula. You may have fewer steps depending on what phase your prospects are in, the type of industry you operate in, and what it is you are offering. The basic concept remains the same, though. Nurture the prospect over time to make a conversion using email. 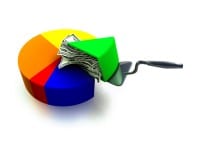 This is one of my favorite best practices to talk about because people don't really see the value in it (and I like explaining the value). Segmenting is tedious work, but it's worth it in the end. It's especially important if you sell a broad range of products and services, or if what you are selling appeals in different ways to different people.

If you build up a contact list with emails of all the people in your town who are interested in buying widgets, it makes sense on the surface that you could just have one marketing message to send to all of them. After all, a widget is a widget, right?

As it turns out, people who buy red widgets want nothing to do with the yellow widgets, so receiving marketing messages about the yellow sort drives them crazy and they unsubscribe from your list. Likewise, people who buy the yellow ones would never consider buying blue, so when they see an ad that contains blue widgets, they are dumbfounded as to why you would send that to them.

Obviously that is a very black and white (or yellow, blue and red) example. Take a car company, for example, or even a car dealership. All cars do the same thing; they get you from point A to point B on four wheels.

With that being true, it would be a waste of time for dealerships to be sending emails advertising two-seater sports cars to everyone in their contact list even if the majority of those emails belong to people who have 4 kids in the market for a minivan. Your lists should be separated so that you are sending the right messaging to the right people.

You'll find a lot of best practices for B2B email campaigns, but keep in mind that your own primary research can yield the best results. You can use the data in this post as well as information connected to it as a guide, but ensure you are also observing how your own database of people are responding to your messaging.

What B2B email best practices do you have? Join the conversation by commenting below.