There are certain pairs of words in English that are easy to get confused between as one might seem like the derivative of the other word. Upon further inspection or learning, however, it becomes clear that such assumptions are nowhere near the truth. The words "amuse" and "bemuse" tend to confound more than just a few writers.

The words "amuse" and "bemuse" look or seem interchangeable, but they are quite different in their meanings. While "amuse" is used in contexts denoting "entertainment" and "fun", the word "bemuse" usually implies "a state of confusion". This distinction between the two terms is anything but "bemusing".

Keep reading to learn more about the differences in their meanings; how you could employ the two terms into your writings, taking their respective meanings into account; and a host of other things.

To "amuse" means "making someone laugh" or "to hold one's attention by keeping them engaged or entertained". However, "amuse" doesn't mean something is "hilarious" or doesn't denote scenarios where one can be pictured laughing out loud. The term basically denotes something that makes you laugh or smile.

"Amuse" could also mean you find something enjoyable or entertaining. Things that people usually find amusing are games, arts and crafts, puzzles, hobbies, and other fun activities. When the word is used in the "entertainment" sense, it merely means you are having fun and not necessarily smiling or laughing.

There are different forms of the word "amuse". Besides "amused" or the word's adjective format, the word also has an "-ing" variant: "amusing". And then there are other terms such as "amusement", which means "the amused state" or "anything that amuses". Synonyms for the word "amusement" are "laughter", "fun", "entertainment", and "pleasure".

On the other hand, to "bemuse" means to "muddle" or "confuse". Some synonyms for the word are "puzzled", "bewildered", "perplexed", "mystified", "stumped", etc.

Unlike "amuse", "bemuse" has zero connotations whatsoever with "humor" or "being funny". The word could be likened to the phrase "befuddled" and should be used only to describe a "confused" person. People typically feel "bemused" upon encountering something strange or if something unexpected or sudden happens.

However, according to Dictionary.com, "bemuse" could also mean "causing mild amusement, particularly in a detached manner".

Like "amuse", "bemuse" has various word forms – which includes "bemusing", "bemused", "bemusement", etc. The noun "bemusement" means the "feeling or state of being bemused".

Using "Amuse" and "Bemuse" in Sentences

Both the verbs "amuse" and "bemuse" are used to describe specific feelings. However, the emotions they denote are not the same. When incorporating the two terms in your writings, you must be aware of the discrepancies between the two terms.

Kindly note both the words have their noun and verb forms. Therefore, learning about the differences in their meanings can help you build your vocabulary.

As mentioned earlier, the word "amuse" should be used when you mean "to entertain" or something on those lines. It is, however, commonly used in negative or question-type sentences. For example, "Do I amuse you? Am I a clown?".

The word "amused" is often grouped with "appear", "seem", "look", and other similar verbs. For example, you could say:

To explain things that might have caused one to feel "amused", the word "by" is used. For example:

The phrase "to amuse" could be employed in the "reflexive" sense – for example, "While waiting for her friend, she amused herself by reading a few articles."

As mentioned above, "bemuse" should be used only when the context is not "funny" and deals with a sense of "delirium". If the situation or context you're describing is ambiguous or doesn't delineate between "confusion" and "amusement", it's recommended not to use "bemuse".

However, as mentioned above, "bemuse" could denote "mild amusement" in specific contexts. That interpretation of the word has its roots in its historical use, indicating the word's meaning has often been ambiguous. Quite often, one's feelings represent a mix of "amusement" and "bewilderment". For example:

Even when the verb "bemuse" clearly means "to confuse or bewilder", it invariably does so in a light-hearted manner. In other words, one would usually not say, "We were bemused by her motive for the homicide". The sentence just doesn't read right.

The word "bemuse" is mostly used as "bemused" or in its past participle form. Other forms of the word usually used in sentences include "bemusement", "bemusing", etc.

And like "amused", the verb "bemused" also gets paired with "appear", "seem", "look", and similar verbs. However, unlike "amuse", "bemuse" cannot be incorporated into sentences in its reflexive sense, as "confusing" or "puzzling" yourself is next to impossible. That said, the collocations "highly bemusing" and "highly bemused" are quite commonly used.

The confusion between the words "amuse" and "bemuse" could be for different reasons. One of them is the term "amuse" is more commonly used than "bemuse". And when people who are not very familiar with "bemuse" happen to come across the term, they assume it to mean the same thing as "amuse".

Example Sentences with the Word "Amuse"

Unlike "bemuse", "amuse" doesn't take too many different forms in sentences. The following are sentences with the word "amuse" and some of the word's variants:

Example Sentences with the Word "Bemuse"

As mentioned before, the verb "bemuse" is mostly used as "bemused" and in a few other forms as clearly indicated in the sentences below:

The Legitimate Debate Over the Meanings of "Amuse" and "Bemuse" 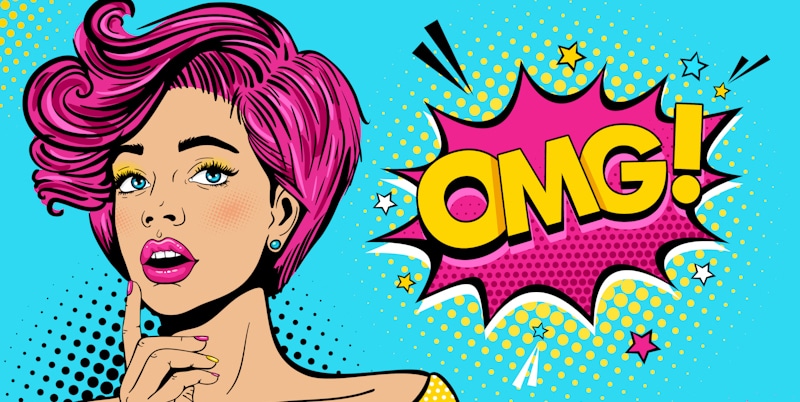 Most people and quite a few writers link "amuse" and "bemuse", believing the latter term carries the meaning of the word "amuse" with a slight twist. The word "bemused" has been used in that manner for reasonably long in the past. This has only resulted in "wry amusement feelings particularly from something perplexing or surprising" getting connected with "bemuse".

The word "bemuse" could be used with a slightly "fun" connotation if you choose to, but be wary of the fact that some of your readers will find such usage objectionable or incorrect. They may insist the words "amused" and "bemused" differ in their meanings.

Due to this cloud surrounding the word's meaning, kids or new English language learners could find it difficult to effectively learn the word's meaning and use it in their texts. However, to be on the safer side of things, it's advised to use the verb "bemuse" only if you intend to mean "creating confusion".

To conclude, "amuse" and "bemuse" are two completely different words. This is despite them sounding similar and quite a few dictionaries claiming slight similarities in meanings between the two terms. Kindly note, there is an "amusement park" and not a "bemusement park".

Unfortunately, the misuse of these two words is so widespread; it could sometimes confuse the learned reader whether the writer made an honest error or used "bemused" incorrectly, assuming the term has a slight "fun" connotation to it.