Though distinct or individual words in their own rights, certain words in the English language can be incredibly identical. Unlike homophones, or words sounding the same and having similar spellings, these terms are synonymous or have the same meanings. The words "among" and "amongst" are two such terms.

The words "among" and "amongst" are invariably used in the same context, besides having identical meanings. If you look up the definition of "amongst" in any dictionary, the word "among" will invariably be its synonym. In other words, you may use the two terms interchangeably in your sentences.

Keep reading to learn more about the two words, the "perceived" differences between the two, how "among/amongst" differs itself from "between", and much more.

"Among" and "Amongst" – A Brief Introduction

The words "among" and "amongst" are prepositions – which mean "surrounded by", "in the middle of", "in association with", "in the number", "mutually", "etc.

According to a school of thought or specific theories, the word "among" is a lot more common in American English. "Amongst", on the other hand, is more widely used in British English.

The British usage has its roots in the English tradition or vocabulary evolution wherein the suffixes "-st" and "-s" get added to different words, usually to obtain or create new adverbs – for instance, "whilst" from "while", and "amidst" from "amid".

There are, however, no official documents backing these suppositions. In fact, pretty much all dictionaries officially accept both kinds, with zero references to American and British forms, establishing the fact that the two words are pretty much the same.

Long story short, there is zero demonstrable difference of function or sense between the two terms. This means you could use the two interchangeably. However, the word you eventually end up using in your texts depends on your writing style or preference.

Example Sentences with the Words "Among" and "Amongst"

Here are a few sentences with either of the words "among" and "amongst":

Kindly note that the above sentences' meaning won't change even a tiny bit if "among" was replaced with "amongst" or vice versa.

Using "Among" and "Amongst" in Your Sentences

As mentioned above, you can interchangeably incorporate "among" and "amongst" in your writings. However, it's still important to know your audience or keep them in mind while writing. In certain situations, in fact, you might be better of using one over the other.

For instance, if you're writing a novel, using "amongst" could be a bit more appropriate as it lends a sense of conversation or dialogue that "among" may fail to provide. However, if you're writing for a newspaper or anything similar, "among" will fit in better or sound more "routine".

Some English grammar books state using "amongst" before a term that begins with a vowel is a lot more common. For example:

Though some writers endorse this view, current usage trends do not necessarily support the thought.

The Context and Language Type

Some also strongly believe "amongst" should be used in reference to a single object or individual being immersed within a bigger group. For example, the phrase "among the nattering classes" should not have "amongst" as there isn't any individual mentioned. It's instead a phrase denoting a group.

If a sentence is something like, "When Tim entered the conference room, he found himself amongst the nattering classes", "amongst" reads better. No evidence or meaning is supporting this notion or theory, however. Proponents of the usage simply state it feels better that way.

The word "among" is used in sentences to refer to a specific or large group, a place, or an individual from a group. In the following sentence, the word is used to denote "in the midst of":

In certain sentences, "among" could be denoting a group. For example:

There are also instances when "among" could be referring to an individual – for example:

"Amongst" can be used to express actions within a group, such as "between each other". For example:

In the above sentence, the word "amongst" denotes the act of sharing between group members or between each other.

The word "amongst", contrary to what some believe or advocate, is not restricted to British English only. It can be used in various scenarios and all types of written English, including the U.S. variant. In other words, you may comfortably use "among" and "amongst" in your writings or the sentences mentioned above.

Which Between "Among" and "Amongst" is the More Commonly Used Word

As far as which preposition of the two are more common is concerned, "among" is a lot more widely used. That could be because "amongst" gives a sense of tradition or is a tad archaic in its sound and feel than "among".

According to specific estimates, in fact, "among" is used over "amongst" at the 10:1 ratio – which indicates the odds are heavily in favor of "among". Also, the Oxford English Corpus states "amongst" is mentioned 10,000 times in American writings. "Among", however, appears more than 300,000 times. Even in England or Great Britain, "among" is the more favored word.

Because "amongst" appears less often in texts compared to "among", "amongst" could seem alien, pretentious, or even wrong. None of these assumptions are correct, however.

Older Word of the Two?

Circling back to the "archaism" of the words, "among" is the older term of the two, having first appeared during Old English times. The variant "amongst" came around only 500 or more years later, which is believed to be somewhere around the 16th century.

Even though the word "amongst" sounds more old-fashioned than "among", it's considerably younger than its base word.

Why Does "Amongst" Exist as a Word?

If you're wondering why "amongst" exists as a word or why it is still relevant when "among" is so heavily favored, keep wondering because there's no proper answer to that question. One, however, cannot deny the fact that there's a certain ease or euphony to "amongst," which "among" may not be able to replicate.

In certain sentences or expressions, for instance, "amongst" gels in a bit more naturally. For example, when comparing "amongst friends" and "among friends", "amongst" has a certain smoothness and inexplicable glide. "Among", on the other hand, sounds a bit "abrupt" or perhaps "crude". In British terminology, you may refer to that as a particular "glottal stop" when using "among".

In modern English, there still are certain words such as "amongst", "whence", "whilst", "amidst", etc. that may sound dated but are still an integral aspect of the current state the language is in.

Can "Between" Be Used in Place of "Among/Amongst"?

The prepositions "among" or "amongst" are used for describing collaborative relationships. The preposition "between", on the other hand, is generally used when discussing multiple binary relationships or a one-to-one association.

Though it's commonly believed "between" must be used only when discussing two elements, and "among" must be used when talking three or more components, experts of the language generally view that as an "oversimplification" of the rule or even a "myth". In other words, the word "between" can be used even if there are three or more than three elements involved.

The below sentence, for example, illustrates that:

The word "between" can be used in a sentence with multiple elements, provided the various parts are distinct and separate. In fact, you may even employ "between" when discussing multiple one-to-one relationships.

When describing spatial connections, "between" usually denotes "amid something" or "within a space located by something". For example:

"Among", on the other hand, is used when discussing things or people that aren't distinct and are usually seen as a group. 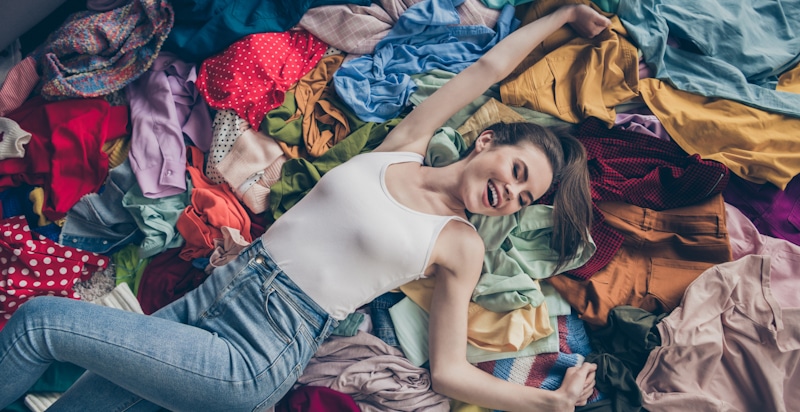 There are no official or unofficial rules to ascertain or restrict how you use "among" and "amongst" in your sentences. Use either of the two at your discretion. If you believe the word "among" has been overused in your texts, replace some of the mentions of "among" with "amongst" or any other synonymous term.