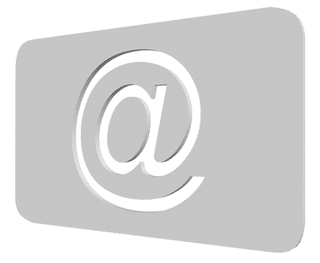 Email is one of the first – and still one of the most popular – forms of communication on the web. Aside from social media, no form of computerized communication has had such an impact on businesses reaching their target audience. We see a lot of questions about what email marketing is, so this post is dedicated to explaining it.

We don’t just want to talk about what email marketing is today, though. We thought it would be fun to explore a little history of email marketing and how it came to be one of the most ubiquitous, well-known and abused forms of marketing of the information age.

Who Would Have Thought?

The first electronic messages that could be considered as emails were being sent among terminals back in the early 60s. It wouldn’t be until 1983 when email would become a practical form of written communication between people.

MCI provided one of the first consumer email services. Although this was groundbreaking technology, it remained a novelty of sorts. No one really wanted to use email. It was slow (remember dial up?), it was far more cumbersome to fire up that old PC to send an email instead of just picking up the  phone to make a call, and computers were shadows of what they are today.

As a result, email wasn’t immediately a target for businesses because not that many people were using it. All the really cool metrics that are available today were also nonexistent because there were no email marketing companies.

The late 90s also saw the rise of the first email marketing companies such as Constant Contact. After the turn of the millennium, many more companies would sprout, and email marketing would become a primary tool for promoting businesses online.

What is Email Marketing?

For businesses, it opened up a new era of marketing. Before email, direct mail had been one of the primary ways to reach consumers at home and in a very personal way. Direct mail, however, was extremely expensive, time consuming and hard to track. After paying for design and printing of direct mail pieces, postage and time to disseminate them all, the returns were minimal.

The Cost Savings of Email Marketing 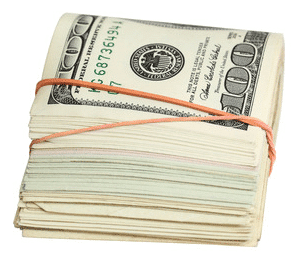 Direct mail is still a popular method of exposure, but email is so much cheaper and easier to measure. Reaching 3,000 people via an email campaign costs you no more than the 30 dollar monthly fee a marketing company will charge. In contrast, sending out 3,000 direct mail pieces today would cost you $1,200 in bulk postage alone.

Tracking for direct mail marketing is also much more expensive the traditional way. One method is to call up all of the people that you sent a marketing piece to and ask them if they received it. Calling 3,000 people takes a lot of time that you have to pay someone every hour for, not to mention your phone bill. Conversely, looking at metrics in any leading email marketing program will show you how many people opened your email, forwarded it, clicked on links to your web page or social accounts, etc. You can view all of this data and make decisions on what worked and what didn’t in about an hour.

When Ray Tomlinson sent the first email across a network back in 1971, he probably had little idea of what his work would evolve into. Not only has email become a primary means of communication over the web for both personal and business activities, it has also become a powerful direct marketing tool.

How do you use email for your business? Do you have any interesting history facts about email? Let us know by dropping a line or leaving a comment below.